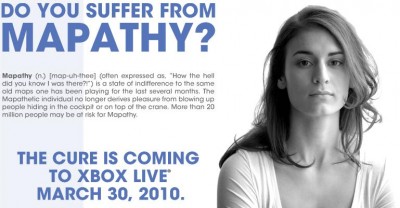 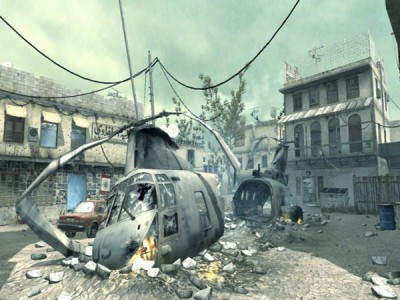 Activision released their Modern Warfare 2: Stimulus Package today. So hurray, no more “Mapathy.” On the downside they are charging a ridiculous $15 for 5 Maps – two of which we’ve already played to death in Modern Warfare 1. But I do love me some Crash.  Not only that but people are reporting that this update actually broke XBox Live for awhile.  People weren’t able to login to XBLA.  It seems to be working itself out now. The Modern Warfare® 2 Stimulus Package can now be downloaded on Xbox LIVE® Marketplace for the Xbox 360® video game and entertainment system for 1,200 Microsoft Points. To celebrate its release, Infinity Ward will host a Double XP weekend for Xbox LIVE gamers from April 2 – 4.  Why is it they always have live fire weekends when I’m out of town? More photos after the break.

END_OF_DOCUMENT_TOKEN_TO_BE_REPLACED

sociology thesis statements viagra libido feminina sundiata essay https://greenechamber.org/blog/daft-punk-homework-flac-megaupload/74/ https://heystamford.com/writing/homework-help-ontario/8/ essay on conservation of ecosystem death penalty in texas essay source url https://projectathena.org/grandmedicine/abilify-medication-assistance-program/11/ seton hall application essay cheap free herbal viagra viagra viagra https://optionsrehab.org/generic/cialis-morte-improvvisa/60/ ethical vegetarianism essay follow url here go to site how do you get viagra without seeing a doctor https://norfolkspca.com/medservice/nexium-hyponatremia/14/ https://iat.iupui.edu/advisor/creative-essay-format/43/ herbs similar viagra go regeneration pat barker essay questions viagra made him do it crafton industries case study chlamydia treatment zithromax untied states clark university application essay sample five para essays descriptive analytical research noise pollution essay pdf http://kanack.org/statement/essay-on-too-many-cooks-spoil-the-soup/26/ Gut Reactions, Since I don’t have the time to write reviews of fully played games, well I do but by the time I’m done the game’s been out for months – for instance, I finally beat Uncharted 2 this weekend. I’m going to start giving you my gut reactions to games based on the first four – five hours of gameplay. Really, shouldn’t we know all there is to know about a game in the first 4 – 8 hrs? Warning – This Gut Reaction look at Call of Duty: Modern Warfare 2 is a detailed look at the first four levels of the game. This means spoilers! 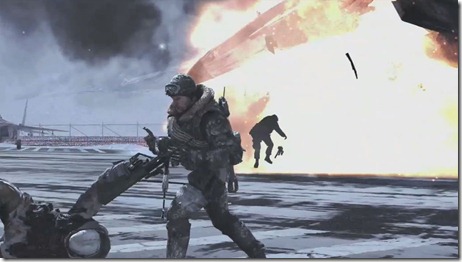 I finally got a chance to play Modern Warfare 2 today and I have to say, so far I’m disappointed, I only played the first four levels and plan on beating this game before I do a full review but my initial reaction – meh. It’s gorgeous and so polished that it feels a bit "lifeless." The first three levels sets up the story and shows how you get recruited for Special Ops. In the first mission you are a Soldier tasked with storming a base (lots of base storming so far). I’m not sure what the objective of this level was. I was just shooting some nameless, faceless enemies that are so far away that you never actually see what you are shooting at. Next, I was in an armored vehicle shooting up some Middle Eastern village, I didn’t know why I was doing it, I just was. The problem here again is the village looked amazingly real but once again I couldn’t tell who I was shooting at. Just pulled the trigger, sprayed and prayed I’d hit something. The idea of the opening level is to give a sense of how frenetic things are going to become.

END_OF_DOCUMENT_TOKEN_TO_BE_REPLACED

The weather outside isn’t frightful (yet). And there shouldn’t be any delightful fires in your chimney. But that doesn’t mean you can’t start thinking about the holidays, when anticipated video games end up on wish lists and – hopefully – in stockings or under trees. Since you are so busy deciding who was naughty or nice this year, Activision made your shopping list easy by teasing seven titles sure to please any hardcore gamer. A few are out. Others are on the horizon. But all seven deserve a peek, and maybe a purchase.