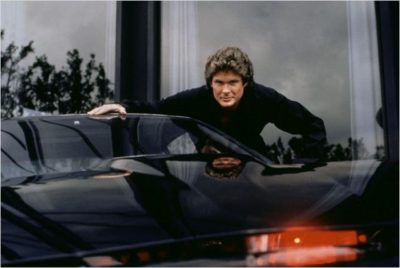 David Hasselhoff’s birthday is coming up and you know what that means – a Knight Rider Marathon hosted by The Hoff his own bad self!

The Knight Rider Marathon will air on Sunday, July 17th from 10 am-8pm (EDT). Check out the teaser trailer after the break.

END_OF_DOCUMENT_TOKEN_TO_BE_REPLACED 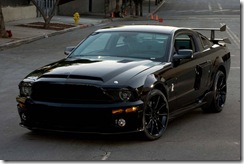 After months of hype the new Knight Rider finally premiered on NBC this weekend. I was expecting a disaster but was pleasantly surprised by a bad, but watchable two hr car commercial. There’s potential here for a good campy show if the cast can get a chance to gel. The acting in this is pretty awful, no chemistry amongst the cast and an audio mix that was muddled at best. The loud, techno soundtrack drowned out most of the dialog and Val Kilmer’s kit was devoid of any humor, wit, or style. To make matters worse, it sounded as though it was recorded in a jar. I couldn’t hear half of what he said. The new K.I.T.T. 3000 is devoid of personality or the “wow” factor that the original K.I.T.T. had. The chase sequences from Director Steve Shill are the definition of lame – a suped up Ford Mustang can’t outrun a Mini-Van? I did like K.I.T.T.’s morphing ability that was nicely done and not as goofy looking as I would have thought it would be. There were some weird inconsistencies in how the car looked during chase sequences where it was clear they used different cars. Part of the problem with the movie was it was hampered by an obviously small budget because there was no wow factor, the action scenes felt like they were straight out of the 70s. And it was a surprisingly talky, weepy, and whiney movie. Way too serious for the material.

Former Soap star Justin Bruening‘s Mike Traceur is every cheezy 70s action hero stereotype; bad gambler who has to help and become a hero to pay off his dept. Doesn’t care about anything. Bitter that his mother sent him away to military school because he was a discipline problem. Never met his dad. Gave up the love of his life Deanna Russo who needs his help to find her father. Etc. Yeah, I know this paragraph sucks, but I’m putting about as much effort into this review as writer David Andron did in his twelve days of writing this dreck. It contains such classic moments as K.I.T.T. asking Michael if he’s gay and a two minute potty break.

Even with all of it’s faults, I still somehow enjoyed the movie. It was bad and not campy bad. It had a rushed, low-budget feel to it. But I would like to see NBC give it a chance at a series. But only if they give it a full season to get it’s legs. If it’s a 6 and out deal then they shouldn’t bother.

Well it had to happen; NBC wants to bring back Knight Rider, first a tv movie and then a television. This would be fine until you hear that they want all the cars to be able to shape shift and they will be fighting evil shape shifting cars. Can you say blatent rip off of Transformers? There have been several attempts to bring the franchise back and all have failed and it isn’t like the formula is that hard to duplicate – hot looking guy, cool tricked out talking car, lots of action. Do we need it to be set in a mad max type of world (a mid 90s revamp), or in the future (an early 90s version) or transformers? Come on NBC, if you bring it back, do it right. The full story can be found at http://www.variety.com/article/VR1117972829.html?categoryid=14&cs=1&p=0