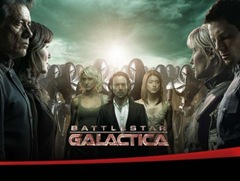 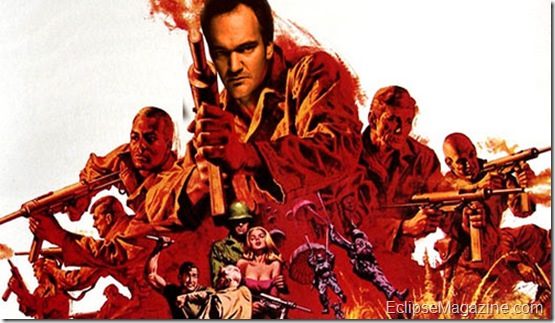 I just watched the Original Inglourious Bastards on DVD last week and enjoyed the heck out of it. The one special feature on it was a 20 minute interview between Quentin Tarantino and the director Enzo G. Castellari. Of course Tarantino’s version sounds like it’s going to be radically different from the original and I’m sure he’s going to work in the judicious use of the N word – which really pisses me off about Tarantino films. The ahole gets away with it because he has his black characters use it every other word, so that somehow makes it alright. Quentin Tarantino’s Inglourious Basterds (yes this is how they are spelling it) began principal photography last week on location in Germany.  The ensemble cast of Inglourious Basterds includes Brad Pitt, Diane Kruger, Mélanie Laurent, Christoph Waltz, Daniel Brühl, Eli Roth, Samm Levine, B.J. Novak, Til Schweiger, Gedeon Burkhard, Paul Rust, Michael Bacall, Omar Doom, Sylvester Groth, Julie Dreyfus, Jacky Ido, August Diehl, Martin Wuttke, Richard Sammel, Christian Berkel, Sönke Möhring, Michael Fassbender, Mike Myers, Rod Taylor, Denis Menochet and Cloris Leachman.

Inglourious Basterds begins in German-occupied France, where Shosanna Dreyfus (Mélanie Laurent) witnesses the execution of her family at the hand of Nazi Colonel Hans Landa (Christoph Waltz).  Shosanna narrowly escapes and flees to Paris, where she forges a new identity as the owner and operator of a cinema.
Elsewhere in Europe, Lieutenant Aldo Raine (Brad Pitt) organizes a group of Jewish soldiers to engage in targeted acts of retribution.  Known to their enemy as “The Basterds,” Raine’s squad joins German actress and undercover agent Bridget Von Hammersmark (Diane Kruger) on a mission to take down the leaders of The Third Reich.  Fates converge under a cinema marquee, where Shosanna is poised to carry out a revenge plan of her own…