END_OF_DOCUMENT_TOKEN_TO_BE_REPLACED

During WWII, a woman becomes a screenwriter of propaganda films following the Blitzkreig.

Their Finest premieres in North America on April 7th.

END_OF_DOCUMENT_TOKEN_TO_BE_REPLACED

Even knowing the premise, this is not what I was expecting. That’s a good sign… 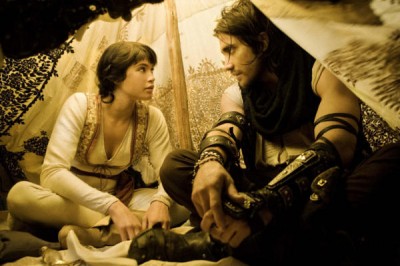 Prince of Persia: The Sands of Time is a movie filled with running, jumping, fighting [with fists, words, knives, snakes and darts – among other things]. Like Thief of Baghdad on acid, it is filled with visual wonders and feats of derring-do. It is, in fact, a swashbuckler that, CG aside, owes far more to Douglas Fairbanks Jr. and Errol Flynn than the videogame on which it is allegedly based. Spoiler: if you’re expecting War and Peace, stay home!