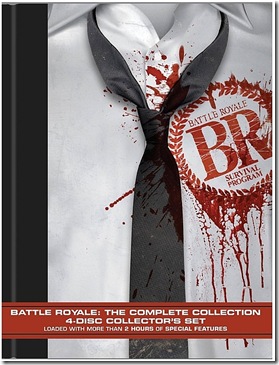 Battle Royale – and its sequel, Battle Royale II – are among the most brutally beautiful movies I’ve ever seen. The original film is about a class of junior high school students are dumped on a deserted island and forced to kill each other off; the sequel, finds another ninth grade class being forced to attack the survivors of the first film – who have declared war on the adults responsible for the Battle Royale law.

Previously available in North America only in bootleg editions with dodgy subtitles, or very basic releases, these two films have a four-disc DVD release that comes with both the original theatrical release of the first film and the Special Edition that followed, the second film, and over two hours of bonus features.

END_OF_DOCUMENT_TOKEN_TO_BE_REPLACED 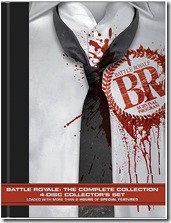 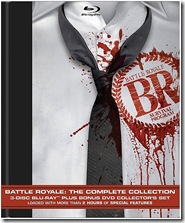 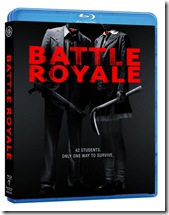 Battle Royale and Battle Royale II are among the most brutally poetic films ever made. Often copied [you can see Battle Royale echoed in the story of The Hunger Games, for example], but never equaled, the films have been banned in many markets, but fans keep finding ways to get them. On March 20, 2012, Anchor Bay Entertainment will release both films – along with a hoard of bonus features – on DVD and Blu-ray, across North America.