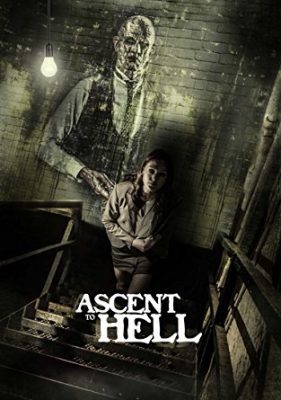 Ascent to Hell – a horror movie based on the real-life fires in the garment industry factories in Bangladesh, Pakistan and elsewhere – will be availabel on VOD/Digital and Blu-ray/DVD on March 14th.

In Ascent to Hell, when a realtor shows an old New York factory building to a group of would-be investors, they are unwittingly caught in its tragic and sinister history.

Ascent to Hell is available for pre-orders on multiple platforms.

END_OF_DOCUMENT_TOKEN_TO_BE_REPLACED

The Germs, created and fronted by Darby Crash [formerly Bobby Pyn, born Jan Paul Beahm] was simultaneously one of the Los Angeles area’s most loved and hated bands. Their raw energy and apparent self-destructiveness drew crowds, but the bands antics frequently led to club damage and brawls. Their fans loved them – and their one and only album was picked as album of the year by at least one prominent critic – but owners of clubs refused to book them. 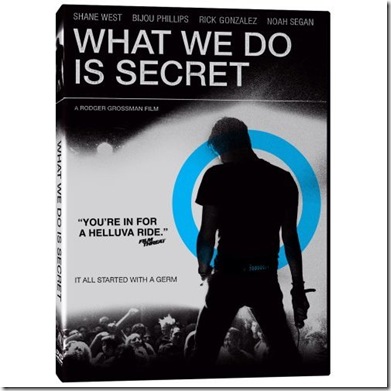 What We Do Is Secret tracks The Germs – and Crash – from Beahm’s decision to create a punk band that would be genuine, and make all the poseurs look like the frauds that they were. If they made a little cash from the venture, then, cool. So, we get on board from the moment that Beahm begins making over a group of friends with names like Bobby Pym, Pat Smear, and Lorna Doom – not only before they learned to play their instruments, but before they even had instruments!

From their first gig – where they couldn’t play – to their final reunion gig – we see the band become extremely good and the individual band members go through the ups and downs of a pink band in the late seventies. In a final irony, Crash and his friend, Casey Cola, attempt suicide [Cola survives] the night before John Lennon is killed – once again managing to remain below the radar on the national scene.

The film, directed by Rodger Grossman from his own script, is a lean, anarchic piece that vibrates with life and actually achieves a “you are there” feel. Shane West is spot on as Beahm/Pyn/Crash and the rest of the cast – especially Bijou Phillips as Lorna Doom, Rick Gonzalez as Pat Smear, Noah Segan as Don Bolles, Azura Skye as Casey and Missy Doty as Amber – totally buy into their characters. At virtually no point does What We Do Is Secret feel like a movie – it’s more like a fly on a wall actually watching these people go through their lives.

Shot in both black and white and color, the film crackles with the energy The Germs’ music and the sense of futility that seemed to follow them like a dark cloud. Crash was twenty-two when he committed suicide – and probably the only place to see film of the band in action is in Penelope Spheeris’ 1981 documentary, The Decline of Western Civilization – the filming of which, as shown in What We do Is Secret, required Spheeris to rent a space in which they could perform [they’d been banned from all the local clubs, remember?].

What We Do Is Secret gets it right: the vitality of the L.A. scene; the unique genius of Crash and his five-year plan for success, and especially, the music.

The screener from which this feature was written contained no bonus features.