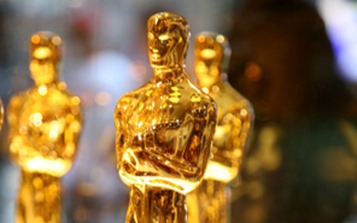 The Academy Awards for outstanding film achievements of 2013 will be presented on Oscar® Sunday, March 2, 2014, at the Dolby Theatre® at Hollywood & Highland Center® and televised live on the ABC Television Network.  The Oscars, produced by Craig Zadan and Neil Meron, also will be televised live in more than 225 countries and territories worldwide.

For me, the coolest things, on first glance, about the nominations is that Nebraska made the cut for Best Film, and Alexander Payne, Bruce Dern and June Squibb were included in Director, Actor and Supporting Actress categories. Follow the jump for a complete list of nominees and occasional commentary.

END_OF_DOCUMENT_TOKEN_TO_BE_REPLACED

The BAFTA Awards nominees were announced this evening and Hollywood did very well. Three films, two of them American – 12 Years a Slave, America Hustle and Gravity – nabbed ten noms, while Captain Phillips garnered nine. All four were included in the Best Films nods along with Philomena, which got four noms.

END_OF_DOCUMENT_TOKEN_TO_BE_REPLACED

Some very interesting conversation on this week’s GeekScholars Movie News, as the hosts kick things off with a rundown of the potential candidates to play the heroes in the Fantastic Four reboot, and what it means for the potential plot of the film.

Next, Marvel’s Agents of S.H.I.E.L.D. promised to expand the Marvel Cinematic Universe, following up on the events of The Avengers, but even though the show has a huge following, the GeekScholars debate if the quality stands up to its big screen predecessors. Hit the jump to hear what other movies we discuss on this episode! END_OF_DOCUMENT_TOKEN_TO_BE_REPLACED