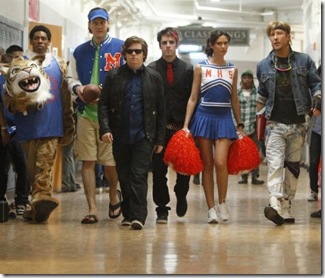 After racking up decent reviews and ratings in its first somewhat truncated season, Breaking In was canceled. Now, the folks at Fox are rethinking that decision: Breaking In has been picked up – with an order for thirteen episodes – as a mid-season replacement. Well done, Fox!

END_OF_DOCUMENT_TOKEN_TO_BE_REPLACED 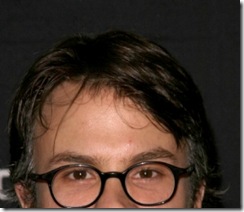 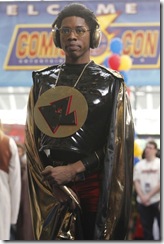 While sitcoms like Modern Family and Parks and Recreation are getting most of the big buzz, Fox Television has quietly been getting very decent ratings with its new workplace sitcom, Breaking In [Wednesdays, 10:30/9:30 approx] – about the employees of Contra Security – a company that breaks into other companies to expose the flaws in their security and, hopefully, get their business.

This week, the folks at Contra Security have the mission of a lifetime when they are assigned to protect the screening copy of Goonies 2 at Comic-Con.

On Thursday, I had the opportunity to take part in a teleconference Q&A with the show’s co-creator/executive producer, Adam F. Goldman, and series regular Alphonso McAuley, who plays the team’s strategist/logistics expert and resident mad genius prankster.

END_OF_DOCUMENT_TOKEN_TO_BE_REPLACED 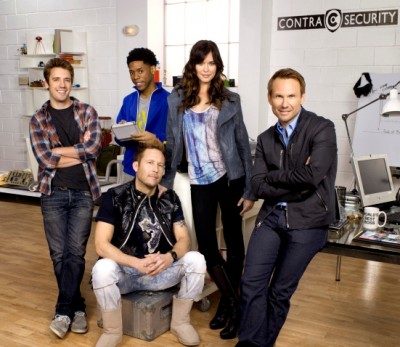