Ellen DeGeneres was, in effect, the anti-Seth MacFarlane, with an uninspiring, watered down monologue and only one or two genuinely funny bits during the ceremony – but she does make a cute, orange Glinda. For a complete list of winners, follow the jump.

END_OF_DOCUMENT_TOKEN_TO_BE_REPLACED

Thanks to a nasty flu bug, I missed a lot of screenings in December, so I’ve spent most of January trying to get caught up – only to realise that it’s just not possible (the faster I run, the behinder I get). So, then…

Every year, someone declares ‘It’s been a lousy year for movies!’ And, like a Pavlovian thing, someone responds, ‘It’s been a great year for movies!’ Both are correct – it all depends on individual perception. Most critics hated The Lone Ranger – but not me, or Michelle, for that matter. Most critics swooned over The Spectacular Now – I preferred another coming of age movie from last summer. It was a year that gave us Pacific Rim, The World’s End, Much Ado About Nothing, Philomena  and Captain Phillips. It also gave us The Counselor, A Good Day To Die Hard and Movie 43 (which I have labored to remove from my memory bank). On balance, it was a very good year for movies.

Anyroad, since trying to get caught up is a mug’s game, I’ll… to quote Leo Kottke, I’ll give you what I got.

END_OF_DOCUMENT_TOKEN_TO_BE_REPLACED 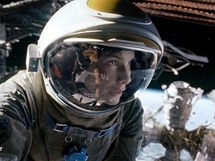 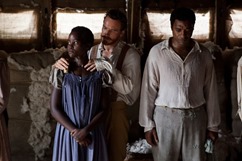 The results of the 2014 Critics’ Choice Movie Awards are in and Gravity dominated the proceeding with seven wins. 12 Years a Slave may have only won three, but they were biggies: Best Picture, Best Supporting Actress (Lupita Nyong’o) and Best Adapted Screenplay. Dallas Buyers Club nabbed both Best Actor (Matthew McConaughey) and Best Supporting Actor (Jared Leto). Sandra Bullock lost out to Cate Blanchett (Blue Jasmine) but took home the award for Best Actress in an Action Movie.

A complete list of nominees – the winner noted with an asterisk – follows the jump.

END_OF_DOCUMENT_TOKEN_TO_BE_REPLACED

The BAFTA Awards nominees were announced this evening and Hollywood did very well. Three films, two of them American – 12 Years a Slave, America Hustle and Gravity – nabbed ten noms, while Captain Phillips garnered nine. All four were included in the Best Films nods along with Philomena, which got four noms.