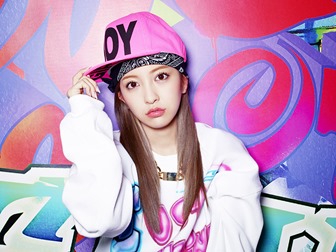 San Francisco’s celebration of all things J-POP, the 2014 J-POP Summit Festival, opens in eight days with J-POP acts like Tomomi Itano (pictured) and Yûki Furukawa performing in a free concert; a special screening of Ask This of Rikyu introduced by director Mitsutoshi Tanaka; appearances by several of Harajuku’s iconic models and designers, including Ayumi Seto, Misa Kimura, Una and Akira; and an appearance by the artie KEI, who created the iconic character design for the world’s first virtual pop singer Hatsune Miku.

And that is, as they say, the tip of the proverbial iceberg. For further details, follow the jump.

San Francisco, CA, July 10, 2014 – The 2014 J-POP SUMMIT Festival, San Francisco’s premiere celebration of Japanese pop culture, music, fashion and film, commences next weekend – Saturday & Sunday, July 19th and 20th – and will be open from 11:00am – 6:00pm on both days across the city’s entire Japantown District.

The J-POP SUMMIT Festival has become one of the largest events in the United States dedicated to showcasing many diverse sides of Japanese pop culture and fandom. The annual event, which is FREE to attend, presents exciting live concert performances by several top Japanese pop and rock artists, as well as a variety of colorful and edgy “KAWAii!!” fashion events, special theatrical film premieres, POP Gourmet Japanese food and spirits, and a host of other J-Pop-inspired attractions and activities. More than 100 vendors also will complement the Festival on Post Street through the center of Japantown with a wide array of artwork, J-Pop collectables, apparel, and other unique items for sale.

Fans and attendees can look forward to appearances by all of the Guests of Honor across a variety of events throughout the weekend. Additionally, several will participate in special meet & greet opportunities as well as audience Q&As, exclusive signings and photograph opportunities.

J-POP SUMMIT attendees are invited to catch some of the hottest Japanese pop and rock acts in a series of FREE afternoon concert sets on the Pagoda Main Stage in Japantown’s Peace Plaza as well as at a special FREE open-air live concert, “J-POP LIVE AT UNION SQUARE,” in city’s downtown Union Square on the evening of Saturday, July 19th beginning at 6:30pm.

Full details on the J-POP LIVE AT UNION SQUARE concert are available at:

Also catch May’n at Slims for a special solo show on Sunday as the closing event of the Festival, on Sunday, July 20th. Details at: http://www.j-pop.com/2014/mayn-at-slims.

Festival-goers and fashionistas will not want to miss the return of a variety of “KAWAii!!” themed fashion shows, contests and live performances showcasing edgy new sides of Japanese pop style along with autograph and meet-and-greet opportunities with several of the J-Pop fashion world’s fastest rising stars.

This year’s KAWAii!! events are supported by Consulate General of Japan in San Francisco and presented as the first collaboration with MOSHI MOSHI NIPPON, a new initiative developed by ASOBISYSTEM, a prominent entertainment company based in Harajuku, Tokyo, to promote a wider range of Japanese pop culture on an even bigger, more global level.

Fashion Programming highlights appearances by several of Harajuku’s iconic models and designers including Ayumi Seto, Misa Kimura, Una and Akira. Several of these models will join others from Bay Area to showcase a colorful debut summer collection from Ayumi Seto’s fashion line, “Aymmy in the batty girls.” Many of the same outfits featured in the show will be available to purchase at KAWAii!! Pop-Up Store located inside the NEW PEOPLE building.

The action carries over the Pagoda Main Stage in Peace Plaza where fans are invited to catch solo live sets from Akira, a popular model and singer, as well as Una is a charismatic plenty of danceable groove to J-POP SUMMIT for special concert performances not to be missed!

J-POP SUMMIT film programs are presented in conjunction with the 2014 Japan Film Festival of San Francisco (JFFSF), the first and only fully-dedicated Japanese film celebration for the S.F. Bay Area which opens on Saturday, July 19th and runs thru Sunday, July 27th. Screenings take place at the NEW PEOPLE Cinema, located inside the NEW PEOPLE building at 1746 Post St.

J-POP SUMMIT Festival film premieres include the inspiring anime omnibus SHORT PEACE, and J-POP Splash! 2014, a music video collection presented by the Consulate General of Japan in San Francisco, featuring the hottest J-Pop artists, along with TOKYO SHORT SHORTS: A New Generation Of 5 Short Films which takes place in Tokyo and other parts of Japan and was directed by a innovative new generation of young filmmakers.

J-Pop fans and film-goers will also not want to miss the very special U.S. theatrical premiere of COUNT FIVE TO DREAM OF YOU and KOTODAMA: SPIRITUAL CURSE. Both films star the members of Tokyo Girls’ Style in leading roles. The group will host a special audience Q&A immediately following the film screenings.

Tickets and additional information at: www.JFFSF.org.

The POP GOURMET Food Festival returns for its second consecutive year to present new expanded attractions including Sake Tasting, RAMEN Street, and a Japanese Beverage and Bites & Snacks Area, along with an array of the Bay Area’s most unique mobile eateries and food trucks.

RAMEN Street is a brand new attraction presented for the very first time at J-POP SUMMIT and will give attendees an appetizing look at Japan’s favorite food. RAMEN Street is organized and co-presented in cooperation with the Ramen Yokocho Association.

Those of legal age are also invited to sample an assortment of some of the world’s preeminent sake brands in a special Sake Tasting Area. Festival sponsor Takara Sake USA will offer a variety of sake and anchor a prominent “J POP” booth in Beverage Area promote its popular sparkling cocktail Takara Can Chu-hi “J POP” as well as present Takara’s Official “J POP” Ambassador, the amazing 23-year-old Japanese human beat-box, DAICHI, in a series of special in-booth performances.

Real Escape Game at J-POP SUMMIT: 1000 Treasure Hunters 2014: A brand new outdoor treasure hunt/puzzle solving attraction from the creators of the Real Escape Game that will take place throughout the weekend of J-POP SUMMIT on Saturday and Sunday, July 19th and 20th. Legions of players of all ages are invited to take part in what could become Bay Area’s biggest simultaneous scavenger hunt and search for dozens of clues and puzzles ingeniously hidden throughout Japantown. No special skills or familiarity with Japanese or the Japantown area are needed to play. Tickets available at: http://realescapegame.com/1000th2014.