Ocean’s 8 is story of Debbie Ocean (Sandra Bullock), a convicted con artist who decides upon her release from prison that she is going to pull one giant job—a jewelry heist at the Metropolitan Museum of Art during one of its annual galas. Debbie’s line of work runs in the family as she is the brother of one Danny Ocean (George Clooney from the previous installments in the series).  As soon as fresh air is on her face, Debbie puts her plan into motion, starting with recruitment.

The first individual Debbie goes to visit is Lou (Cate Blanchett), a long-time friend and partner, who is currently barely staving off boredom with an alcohol dilution scam. The two muse about other potential players they will require and convince several others to join their team including Rose Weil (Helena Bonham Carter) an eccentric fashion designer; Amita (Mindy Kaling) a jewelry maker; Nine Ball (Rihanna) a hacker; Constance (Awkwafina) a sleight-of-hand expert; and Tammy (Sarah Paulson) a kleptomaniac stuck at home. Their target is Daphne Kluger (Anne Hathaway), or more specifically the six-pound diamond necklace she intends to wear to the gala, with an estimated worth of $150 million. 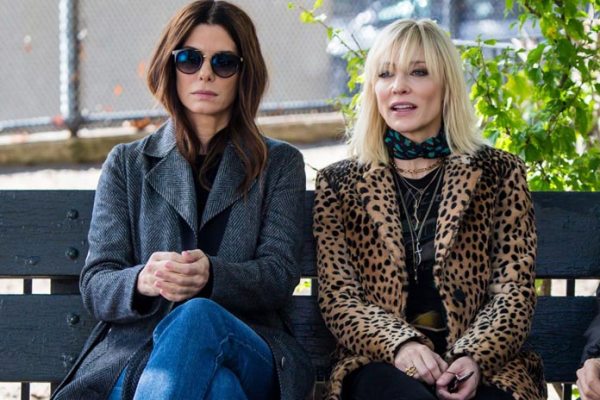 What works in Ocean’s 8 are the empowered women and the costume design. On a personal note, this author must point out the sadness in applauding a film for having interesting, confident, and smart women (plural), as I doubt many reviews ever laud the abundance of strong white men, but until this practice becomes customary and standard rather than exceptional, films like Ocean’s 8 should receive praise for breaking down gender barriers through creation of multiple strong-written women headlining a summer blockbuster.

Ocean’s 8 is very fashion-centric given the locales and themes at play. As such, costume designer Sarah Edwards truly shines through the creation of many remarkable outfits. One sequence in particular near the closing of the film lets Edwards accentuate the diversity of the cast through a celebration of apparel from around the globe. Don’t be surprised if a nomination for Best Costume Design appears for Ocean’s 8 in several months. 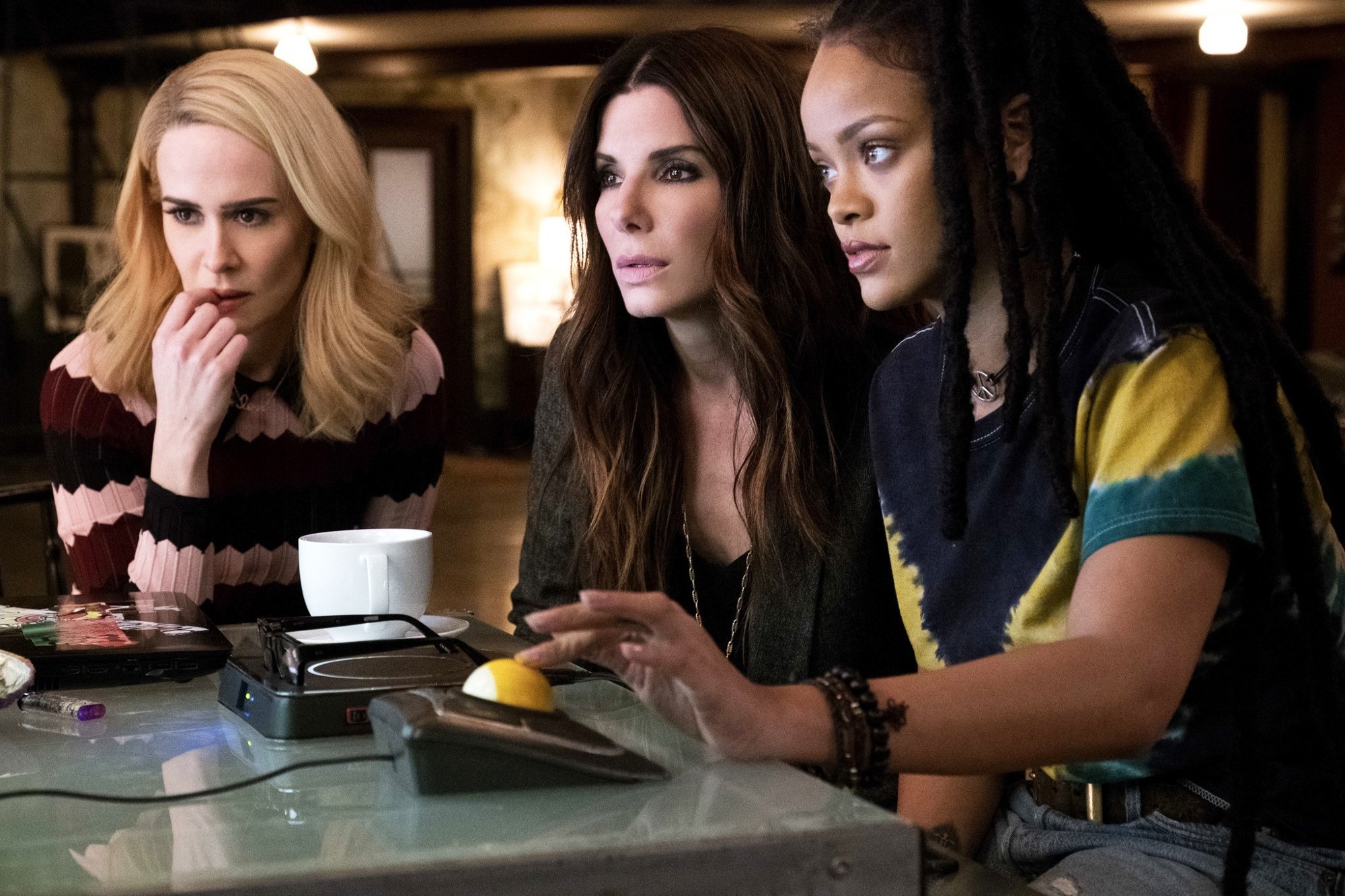 While Ocean’s 8 boasts a remarkable (and well-dressed) cast who mostly get their individual moments to shine, the film lacks a few critical elements to make it a memorable heist film. Every movie typically deserves to be evaluated on its own merit, but by placing this film into the Ocean’s franchise and universe, it is nearly impossible to draw comparisons to 11, 12, and 13. With that context, 8 simply does not have the prestige or chemistry to stand with its predecessors.

To pull off a heist film, it must execute a magic trick. The audience must become a part of the con with duplicity and misdirect happening before their very eyes. Scattering the pieces and clues subtly makes the twist or reveal something powerful. Unfortunately for Ocean’s 8, a lack of creativity strips the movie of this “wow/aha!” moment, and leaves in its place gaping plot holes and confusion. For all of the cleverness the film attempts to set up, the final act is rather unremarkable, surprisingly derivative, and reductive in an odd way (a man saves the day after Debbie is adamant that the team be all-female?).

The second issue with Ocean’s 8 is also about execution and payoff, but in more of a character-driven way. The first act presents each quirky character with a skill set that makes them perfect to join Ocean’s crew. Unfortunately, after these introductions, Ocean’s 8 commits two crimes (of cinema). First, it places each woman essentially in her own silo. While it’s nice that everyone has their individual moment, not letting the characters interact and work together feels like a huge missed opportunity for entertainment. Second, for some bizarre reason the majority of the women’s special abilities are largely ignored or forgotten in the context of the actual heist. It’s like hiring a world-renowned chef to cater your party and upon their arrival you ask them to serve as the DJ.

Ocean’s 8 isn’t necessarily a bad film, but it is certainly not a great heist film. After launching the narrative with such an interesting premise and characters, it disappoints by not escaping lazy writing.