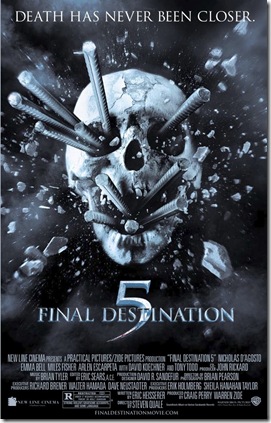 I was one of those people who was really excited to find out that the use of 3 D in movies was not only coming back, but that it had been updated into something called ‘RealD’. So imagine my disappointment when, for the most part, all the technology was being used for was to created ‘textured layers’ in movies.  I was so disappointed in fact, that I stop wasting my money on the ‘RealD’ versions of new releases and just went to see the 2 D versions. That is, unless I got a free pass to see the ‘RealD’ version. Which is exactly what happened for me with ‘Final Destination 5’.  So I sat down, put on my ‘RealD’ glasses and hoped for the best.

What I got was beyond my expectations of ‘hope for the best’. From the moment the opening credits of ‘Final Destination 5’ began, I was in 3 D viewing heaven!. None of that namby-pamby ‘just for textured background’ stuff for this movie. ‘Final Destination 5’ had 3 D and they knew how to use it! Objects literally seemed to fly right out of the screen and into your face. It made you jump in your seat and flinch back. Judging from the sounds of appreciation from the audience around me, I realized that I wasn’t the only one who had been disappointed by the way ‘RealD’ was being used in other movies. It was clear to me that many audience goers who pay the money to see ‘RealD’ want actually 3 D effects. In ‘Final Destination 5’, the audience gets those actual 3 D effects.

Read more of my review after the jump. 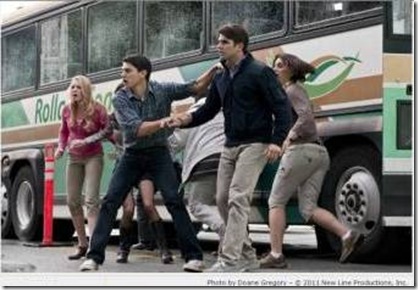 ‘Final Destination 5’ is written by Eric Heisserer, Jeffrey Reddick and while they follow the formula set up in the original ‘Final Destination’ movie, they also manage to keep it crisp and fresh. Even when you know that one of the characters is going to die, Heisserer and Reddick still weaves suspense around the event that has you on the edge of your seat. They are also savvy enough to know which of their characters is the strongest ones in the storyline and are able, along with director Steven Quale, to bring them to the forefront of the action.

‘Final Destination 5’ opens with the requisite vivid ‘premonition of the disaster to come’ action sequence. A group of executives from a production plant are on a bus trip to a corporate retreat when Sam Lawton (Nicholas D’Agosto) has a startlingly realistic vision of the collapse of a suspension bridge. In the vision we see several characters dying very gruesome deaths. Sam awakens out of his vision and rushes to save his lady love Molly Harper (Emma Bell) and as many of his fellow co-workers as he can from their fates as the bridge does indeed collapse. 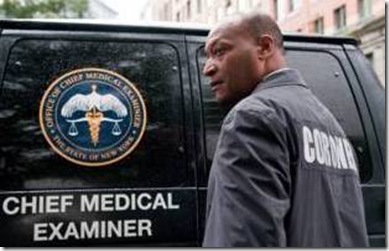 Cut to the memorial service for the fallen plant workers and enter William Bludworth (TONY Todd), the only character to have recurring role in all ‘Final Destination’ movies. It is his job to tell the survivors there’s no way you can cheat Death and it will come for them one by one. Then ensues the race to find a way to stop Death from coming for them. In ‘Final Destination 5’ the writers come up with an new and inventive way for the characters to achieve this. A way that will push their moral believes to the boundaries. 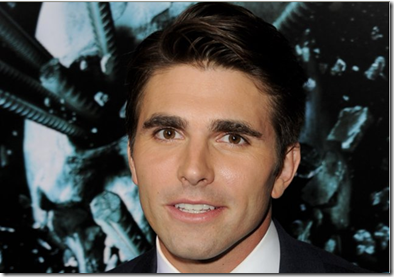 The young cast in ‘Final Destination 5’ is a group of very talented individuals that are part of what takes the now familiar plot formula and helps it rise above being just another repeat of what came before.  For me the true stand out among them is Miles Fisher who plays the role of Peter Friedkin. Through the course of the movies events, this character devolves from corporate hotshot to a man so beyond desperate to survive that he has lost his humanity. Fisher never lets his character down or plays it like a cliche. He infuses Peter Friedkin with energy and depth that puts the audience right in the movie with him. I sincerely believe that Miles Fisher is a name to keep track of and that he is going to become the next Tom Cruise in terms of action films; with a talent that I believe will surpass Cruise.

Overall, I found ‘Final Destination 5’ to not only be a satisfying 3 D experience,but a really decent horror movie to spend an afternoon or evening watching in a theater with other audience members. It’s ‘jump in your seat’ satisfying and that’s the way I like it!