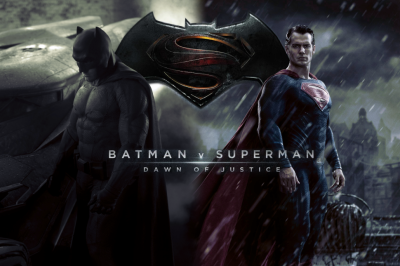 After a lot of controversy and one of the worst marketing campaigns in movie history; the movie most fanboys and girls have been dreaming of, Batman V Superman: Dawn of Justice, finally flies into theaters with half a wing clipped. Is it the disaster we all thought it would be? Hell no! This movie hit me in most of my fan-girl parts and it’s just shy of being truly EPIC.

One of my biggest gripes with the trailers was how grim and dark everything looked in the trailers. From the opening shot until the end I was pleasantly surprised that while the entire exercise is draped in various shades of black and other dark colors, there was a certain amount of beauty to how crisp and beautifully some of the few colors and the lighting played against the dark backdrop. Superman’s costume doesn’t look as bland against this backdrop as it does in photos.

I don’t know why Director Zack Snyder gets so much crap for Watchmen. That film was what most fans should have wanted, it was a near panel per panel translation of the book and was considered by many to be unfilmable but he did. Any flaws in the film can actually be blamed on the source material because he remained unflinchingly faithful to it – not counting the ending. In many ways he had a similar challenge with this movie.

There have been many variations of this fight in the comics with Batman always winning, so he had to make the fight something new and fresh, while at the same time shoe-horn the beginnings of the Justice League. He accomplishes the 2nd goal perfectly with just a few “throwaway” scenes while the eventual fight itself was surprisingly boring. Probably because I feel like I’ve read it a million times in the comic book and think the far superior animated The Dark Knight Returns battle was better.

I think the film was more about the journey to the fight than the actual fight itself because it seemed to only last a few minutes, although it probably lasted 30 since Lex Luther (Jesse Eisenberg) was timing it. Other than the the beginning a large portion of this film seemed to lack a lot of action – but I think this is probably perception, because the only action we really want to see is, you know Batman V Superman. But Snyder and writer David S. Goyer, (along with a host of others) took their time to deliver.

The movie, while overly grim, works really well. I loved the fact that this film essentially picks up right where Man of Steel left off. My biggest gripe with that film was the total destruction without consequences at the end of it. Well this film is pretty much all about the destruction Superman and his battle with Zod caused.

It opens with us seeing the destruction from Bruce Wayne’s (Ben Affleck) point of view and it really added a human element to all of these Super Hero battles that’s normally missing. I mean imagine what would happen if Superheroes fought in the real world, the physical and emotional impact on normal people would be tremendous. Bruce is clearly suffering PTSD from witnessing all of that. 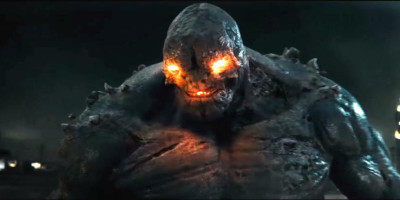 The world’s reaction to Superman also feels more realistic than people immediately accepting him as a savior. Of course people would question his motives, especially idiots on the hill. I really liked Holly Hunter as the Senator leading the charge. She’s not necessarily against Superman, but she certainly doesn’t trust him.

I loved the first 90 minutes of the film that really tries to explore the “human” side of both of our heroes. I loved that the movie didn’t wash away the relationships established in Man of Steel. And Clarke and Lois are happily together. We see how Lois is helping Clarke come to grips with his new found position. This is in contrast to Bruce becoming more and more paranoid about Superman and buying into the anti-Superman hysteria.

In some ways the movie was subtle in how it links this Batman Christopher Nolan’s universe. Which makes sense, since he’s one of the invisible hands in charge of building this “new” Justice League verse. The opening sequence of young Bruce Wayne was taken straight from Nolan’s own Batman Begins.  My problem was this sequence was annoying, how many times do we need to see the Wayne’s get murdered and Bruce discover the Batcave? Let’s move on from this already. 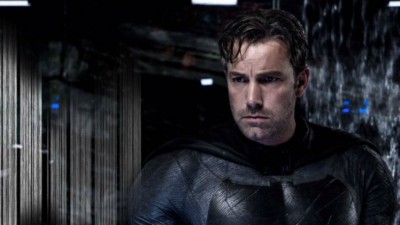 I liked all of the performances, except one, I’ll get to Jesse Eisenberg in a minute. Any movie that has a trio of my favorite actress, Amy Adams (Who looks weirdly old), Diane Lane and Holly Hunter can’t go wrong. I hated, HATED, HATED, all the annoying cameos by news-people like Soledad O’Brien, Anderson Cooper, Charlie Rose, or Nancy Grace show their annoying faces. It takes me out of the fantasy world I’m trying to enjoy.

Ben Affleck makes a solid “old man” Wayne, and I always liked Henry Cavill as Clarke/Super-Man. The problem is the film fails to give us a great differentiation between the two characters. They are both basically dark and menacing. They keep saying Superman is a hopeful inspiration to the world but the story never lets him be that hopeful.

There’s a montage of him doing heroic things, but not once do we see Superman act like he enjoys helping people and for the most part people’s reactions to him are either to treat his heroism as though he’s a savior or someone who will turn on them. But there are no scenes where you see him enjoying saving people or see him act like a man of the people – which Superman is supposed to be.

The real stars of this movie are Doomsday and Gal Gadot as Wonder Woman. I about lost it a bit just seeing the Trinity (Batman, Superman, Wonder Woman) on screen together. Gadot was flawless and embodied the part. Her Diana Prince was sleek, powerful and sexy, but they never explained what she was doing (one of the many plot holes) with Luthor but who cares? She’s Wonder Woman!

While Doomsday looked AWFUL in the trailers and his origin was utter nonsense, I couldn’t help but squeal when the Crystals grew out of Doomsday. It was an amazing reproduction of the comic book version. Everything about him was perfect.

My only minor gripe was that it relegated the Batman/Superman fight to mid-card status which further diminished that fight. This was the slobberknocker of all Super-Hero fights. Yeah it made the filmmakers seem ridiculous because the whole point of this film was to showcase what happens to normal people during a massive fight and the film ends with them destroying half of Metropolis again.

I’ve made my hatred of hatred of all things Jesse Eisenberg pretty clear in the past. I just don’t like him as an actor, his mannerisms seem fake and weird and he has zero range. However, I don’t necessarily blame him for how awful Lex Luthor is as the main villain in this film.

Luthor sees himself as earth’s savior and only hates Superman, apparently because he has more power than he does. I know it’s a little more nuanced than this, but essentially it’s what his hatred boils down to. Even though he’s preaching that all Aliens are evil he goes out and builds the ultimate Alien killing machine. Ummm…. Ok. Einsenberg’s Luthor comes across as being a spoiled, petulant child and not at all menacing or even smart – that alone an evil mastermind.

I also didn’t like how they turned Luthor into some sort of all knowing god and what’s worse every bit of information delivered to the audience came via a computer file that Bruce Wayne stole from Lex Corp. How exactly did Luthor just happen to have a camera underwater to see Aquaman, or in a lab to see the birth of Cyborg, or see the Flash unmasked (Ok, that was convenient store footage).

There are other things that I can nitpick or complain about, but at the end of the day this movie delivered and was a great way to kick off Warner’s new Justice League Universe. I can’t wait until the Wonder Woman movie.

2 thoughts on “Batman V Superman: Dawn of Awesome with a Touch of Messiness!”