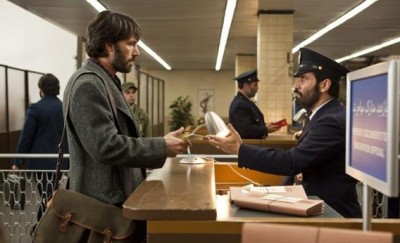 Over the last few years Ben Affleck has become one of the best directors around. He does a lot with very little. His latest flick Argo is a gripping, sometimes fun movie that feels like it is trying to hard to be a best picture.

Argo is based on a historical rescue of six U.S. diplomats from Tehran, Iran during the 1979 Iran hostage crisis. Affleck does a great job of telling the history of the period at the beginning of the film.  The movie’s leftist bias is on full display in the first 10 minutes and does a great job of actually laying out the facts of why America was so hated back then – and frankly why that hatred lasts until today. After all of these years, Conservatives in this country still want to go to war with Iran. Let it go people! They don’t hate us because of our freedoms, they hate us because we meddled in their affairs to the detriment of the people.

The movie plants you firmly in its time capsule and transports you to the period. The early scenes of the people of Iran storming the American Embassy are handled well and shot to look like the scenes were straight out of a late 70s newsreel complete with grainy images. 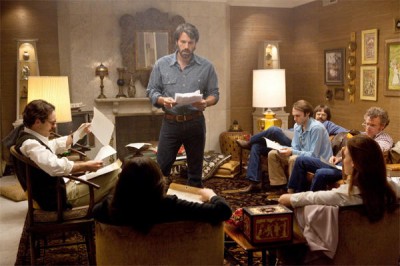 It is amazing that this absurd, but true story has never been told before. Really, this is back when the CIA had some creative people working for them. The idea that someone had the balls to even think of this, let alone execute the idea.  The big idea – infiltrate Iran at the height of the crises by having the six diplomats who escaped the initial Embassy raid pose as a film crew who wants to scout locations for a major Hollywood film.

To pull off this charade  Tony Mendez (Ben Affleck) has to lay the groundwork for the movie production. So he spends several weeks in Hollywood learning all about the movie business from a friend and CIA informant, John Chambers (John Goodman) who was the Oscar Winning Makeup artist on Planet of the Apes.  Chambers hooks him up with Producer Lester Siegel (Alan Arkin).

Knowing that the Iranians follow the Hollywood Trades, they spend several weeks building the cover and going so far as to plant stories about the picture in the trades and arranged elaborate press conferences to announce the movie to the public. This entire sequence is brilliantly handled, acted and has a nice comedic touch to it. 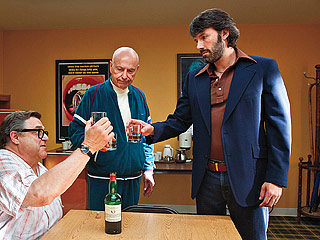 The structure of Argue is interesting, the first act is part “action movie” with the siege of the Embassy, 2nd Act Comedy with the all the cheesy Hollywood jokes and the final part is the rescue. It is the type of film that will appeal to a wide audience just because it gets all the various beats and tonal shifts largely correct. It is never too serious or over the top.

Again the idea that this is based on a True story is amazing. That the CIA at one point could actually pull this off. To this very day Hollywood is a cultural beacon across the world that every dictator in the world still loves.

The movie falls down a bit when we spend time with the six missing diplomats. They all seemed too much like cut out characters of archetypes from that era and weren’t given that much to do other than sit around the Canadian diplomat’s house drinking and playing cards while the rest of the world was figuring out how to rescue them.

It would have been nice to see what made them tick. Why they volunteered to go over there, etc.  We get a little bit of that when we get a brief summary of their character bios, but we never get it from the actual people. There were also a couple of times when the movie tried too hard to be funny. The Argo F Yourself line was funny once, but by the 4th time it seemed weirdly out of place.

Argo is a thoroughly enjoyable, well put together movie that flies by, works well and largely succeeds at what it is trying to accomplish.  Its also one of those movies you walk out of thinking “I like this, but I feel like I should LOVE it.”