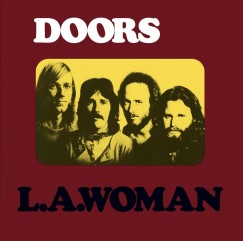 The famous and iconic rock band The Doors will be receiving a special 40th Anniversary reissue of their final album…1971’s “L.A Woman” through Rhino and will be releasing a NEW DVD/Blue-Ray entitled “Mr.Mojo Risin-The Story Of L.A Woman” through Eagle Rock Entertainment. Details to come from the press release after the jump:
END_OF_DOCUMENT_TOKEN_TO_BE_REPLACED