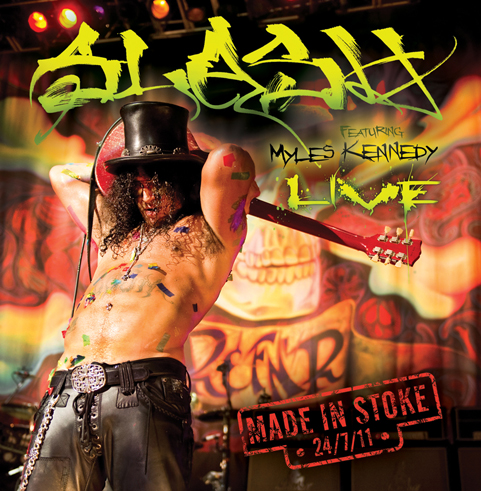 Three days ago (Nov. 15, 2011) famous rock guitarist/song writer, Slash released his first ever live solo album entitled “Made In Stoke 24/7/11”. The album was released as a two disc cd set and two disc cd/dvd set. Now that the album is out, Slash is ready to promote the album and will be appearing on VH1’s “That Metal Show”. More details from the press release after the jump:
END_OF_DOCUMENT_TOKEN_TO_BE_REPLACED