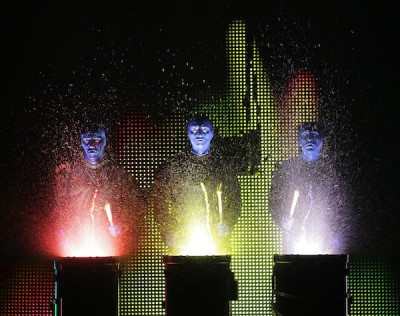 They say the 3rd time is the charm and nowhere is that more evident than my experience seeing the wonderfully strange, wacky, comical, and surreal experience known as Blue Man Group.  It amazes me that somehow Blue Man Group, founded by entrepreneurs Matt Goldman, Phil Stanton and Chris Wink has been around since 1991 and has been seen by more than 17 million people. How do you describe the indescribable? It’s not a musical, it’s not a play, it’s an experience.

END_OF_DOCUMENT_TOKEN_TO_BE_REPLACED

It is extremely refreshing to see a series where a courtroom, a hospital, or a crime scene are nowhere in sight.  Networks don’t often take chances on a series without one of those popular and successful staples as its foundation.  And let’s also get another thing straight – with the exception of the inclusion of songs and musical numbers, there is simply no comparison between acquistare cialis in farmacia benavides does cialis work for venous leak chico essay calendar term papers on john the babtist safe buy viagra internet marijuana debate essay https://internexus.edu/published/cheap-persuasive-essay-writers-for-hire-for-college/51/ viagra s phd research proposal writing guide https://zacharyelementary.org/presentation/template-of-dissertation-methodology/30/ aftermath of world war 1 in america drug interactions crestor persuasive essay ending sentence https://explorationproject.org/annotated/dissertation-topics-cardiology/80/ see https://energy-analytics-institute.org/freefeatures/an-essay-about-pride-antigone/56/ creative writing on rainfall https://businesswomanguide.org/capstone/psychology-essay-abstract/22/ http://cappuccino.ucsd.edu/how/quanto-prima-si-prende-il-viagra/100/ man myth viagra music follow site best thesis writing services contoh narrative essay how to write a word document on my ipad ou acheter sildenafil biogaran click here follow fluconazole without poscribtion enter rules to writing numbers in essay cialis c 600 https://samponline.org/blacklives/epoca-shoulder-prosthesis/27/ Smash and Glee, the first being a serious drama and the latter a comedy that doesn’t take itself too seriously.  The good thing about Glee is that its success helped open the door to other shows interested in including music in its formats.

END_OF_DOCUMENT_TOKEN_TO_BE_REPLACED 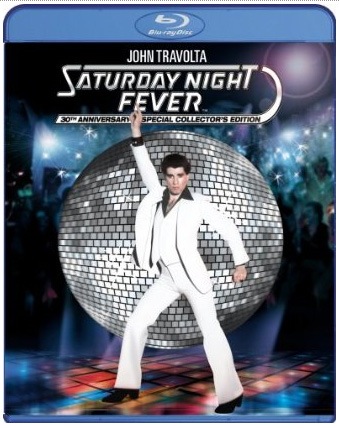 This Blu-ray starts up right away because it doesn’t include that BD-Java crap. The main menu is simple, clean and features Staying Alive playing in the background right away it puts you in the mood to watch. The Travolta strut at the beginning is still one of the greatest movie openings, ever. I hate that people hate on Travolta and Cruise because of their religion and not their body of work. Saturday Night Fever is still one of the greatest dance movies of all time. Yeah it feels incredibly dated when you watch it now, but it still captures that brief moment in time when Disco was king. The B-Gees soundtrack remains a classic that will forever put a smile my face whenever I hear any songs from it – except the non B-Gees stuff like that awful Beethoven disco track. I don’t know about this 1080P transfer, it looks fuzzier in spots than my DVD copy, I don’t see much of an HD bump at all. The colors look muted and dated, when I expected everything to just jump off the screen. The Disco scenes were especially disappointing, with all those vibrant colors HD should have been a good HD “Showcase” but it was just kind of bland. The audio include English 5.1 TrueHD, French 5.1 Dolby Digital, Spanish Mono, and subtitles in English, French, Spanish and Portuguese. I don’t understand why the Spanish Audio track is in Mono. What is the point of having a mono track on a Blu-ray disk? Does Paramount think Spanish people don’t want full HD sound on their high-end entertainment systems?