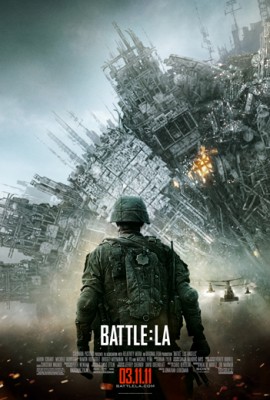 We have 5 T-Shirts and Hats for the upcoming film Battle: LA.  To receive a shirt simply sign up for our Twitter Feed at http://www.twitter.com/eclipsemagazine and like us on facebook at facebook.com/eclipsemagazine.  The first five people to send us your full name and address will receive the T-Shirt and Hat. We have a lot of contests this week so be sure to include Battle: LA in the subject field. The deadline is Wednesday, March 9th! Battle:LA fans can receive other great items by playing the Battle:LA Facebook game. Check into “battles” that are listed under the “Briefing Room” and check-in with your mobile phone. Click here for details! http://apps.facebook.com/battle_los_angeles/. 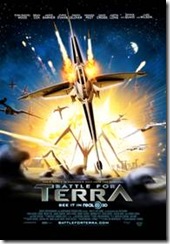 Here’s something pretty cool. We have 5 sets of Toy Figurines for the Battle for Terra to give away. I’m personally looking forward to this movie, it has a unique plot where Humans are actually the invaders of another world. The film tells the story of Senn (Justin Long) and Mala (Evan Rachel Wood), two rebellious alien teens living on the beautiful planet Terra, a place that promotes peace and tolerance, having long ago rejected war and weapons mass destruction.  But when Terra is invaded by human beings fleeing a civil war and environmental catastrophe, the planet is plunged into chaos. During the upheaval, Mala befriends an injured human pilot (Luke Wilson) and each learns the two races are not so different from one another.  Together they must face the terrifying realization that in a world of limited resources, only one of their races is likely to survive. The movie opens this weekend, Friday May 1.

Take a gander at 3 of the Toys in this collection that 5 lucky winners will get. 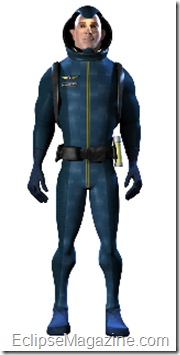 We have 5 sets of toys to give away. The contest will run for three weeks, Wed April 29 -  Monday May 18th. To participate leave a post about your favorite Animated movie and or what summer film you are looking forward to the most.  On the 18th send an email to contests@eclipsemagazine.com with your UserID and full address. We will select 5 winners at random.