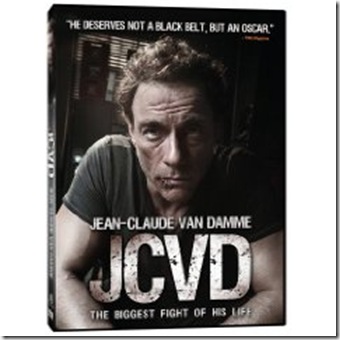 From the opening sequence, with Van Damme shooting a cheesy, low-budget thriller; to the ongoing problem of having to pay alimony and child support; to walking into a post office just as a robbery is taking place, Van Damme’s performance is both skilled and completely natural. [Maybe all it took for him to deliver a knockout performance was to be able to perform in his native language…]

Director Mabrouk El Mechrie shows great faith in Van Damme, using more close-ups than we’ve seen in any other of his films – and Van Damme responds beautifully. El Mechrie’s pacing is just a step ahead of being deliberate – not slow enough for the audience to get bored; not too fast to lose Van Damme’s finest work. Gast Waltzing’s score adds to film’s emotional impact without calling attention to itself.

The only part of this DVD release is the bonus features – two deleted scenes [though they are lengthy sequences]. I would have loved to hear a commentary track with Van Damme and Mabrouk El Mechri.