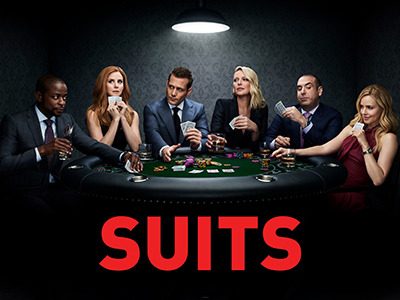 USA Network has announced, via Twitter, that its long-running legal drama Suits will return later this year for it ninth and final season.

END_OF_DOCUMENT_TOKEN_TO_BE_REPLACED

Katherine Heigl has joined the cast of Suits for its eighth season – which begins production in Toronto, Ontario, Canada in April.

Heigl will star as Samantha Wheeler – a talented new partner at Pearson Specter Litt who challenges the status quo and will either become the firm’s greatest ally … or most powerful enemy.

END_OF_DOCUMENT_TOKEN_TO_BE_REPLACED

Katherine Heigl’s new series, Doubt (CBS, Wednesdays, 9/8C) finds her playing lawyer Sadie Ellis, a star at a boutique law firm – Isaiah Roth and Associates – that is owned by her father. In the series premiere, she begins her defense of Billy Brenna an ‘altruistic pediatric surgeon’ who is accused of having murdered his girlfriend 24 years prior.

She begins to have feelings for him but it’s not a slam dunk that he’s innocent.

The series premiere opens with a woman biking through downtown New York with a careless disregard for traffic (human or vehicular) before skidding to a stop in front of the courthouse. We learn she’s Sadie when her associate, Albert Cobb (Dulé Hill) tells her she’s a menace.

From there, after a quick wardrobe change, she hijacks a press conference with the D.A., bails her father out jail (he called a judge a fascist – his defense… she is a fascist!), and brokers a bail deal for her client.

In short order we meet the rest of the show’s stellar cast – Laverne Cox (Cameron Wirth), Lauren Blumenfeld (Sadie’s incompetent assistant, Lucy), Dreama Walker (Cameron’s assistant, Tiffany Allan) and Kobi Libii (Nick Brady, a newly minted lawyer trying to get a job interview with ‘the Big Dog) – and see the quirks and chemistry that signal a breezy, semi-blue sky series that balances work and personal lives and how the lines between them blur.

Naturally, there’s the witness to whom Billy allegedly confessed the details of the crime – Mike Slater  (Lee Tergesen) – someone who has been as clean as a whistle for twenty years after a few very minor transgressions as a kid.

As a sidebar… errr… B-arc, Cameron is defending a paranoid schizophrenic on a murder charge – a case that hinges on the jury seeing him as he was that day, unmedicated.

For the most part, Doubt’s premiere is well done – the cast is extremely good and director Adam Bernstein keeps things mostly breezy – pausing only for the most important moments of drama (like Billy saying why he’d leave a sixteen-year old girl in a park in the early morning).

Laverne Cox, as the openly transgender Cameron is as good as she’s ever been on Orange Is The New Black and steals virtually every scene she’s in – she is probably the best thing about the premiere.

Gould is magnificently imperious as Isaiah, and Hill is properly earnest as Albert.

The success of the show depends on Heigl, though, and while she is up to playing the complex Sadie as a smart, professional woman, Sadie’s not a character who would be so idiotic to make the mistake of falling for a client – or especially behaving like it. Not with the stakes being so high.

If you set aside that lapse, the show is a tolerable hour. If, like me, you can’t past that major case of idiot plotting – and it was a key element in the show’s premise, it would be best leave Doubt alone. 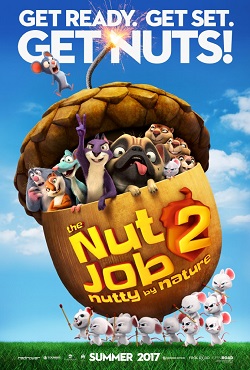 Surly Squirrel returns this summer in a sequel that’s really unnecessary. The (unjustly) much maligned – first film had a manic Tex Avery-like energy and the audience I saw it with was thoroughly engaged throughout.

Even with key players – Will Arnett, Katherine Heigl and Maya Rudolph – back for the sequel, it seems just as odd as the original, so I’m hoping it will also be unexpected fun.

The first trailer isn’t terrible. Check it our after the break. The Nut Job 2: Nutty By Nature opens on August 18th.

END_OF_DOCUMENT_TOKEN_TO_BE_REPLACED 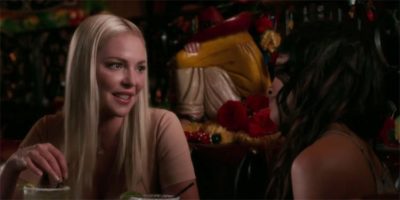 Katherine Heigl is back on the big screen in April playing a woman who hasn’t been able to move on since her divorce – especially since her ex has quickly met and fallen in love with another woman.

END_OF_DOCUMENT_TOKEN_TO_BE_REPLACED 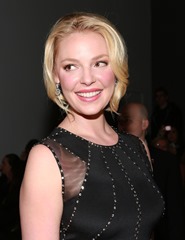 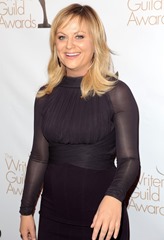 As much as pilot season is maligned, it’s still the standard method of choosing which series go forward for most of network television. This morning, NBC announced pilot orders for one drama and one comedy pilot to go into production.

The drama pilot for State of Affairs brings Katherine Heigl back to television for her first shot at an ongoing series since Grey’s Anatomy. She is also an executive producer on the project along with Nancy Heigl, Alexi Hawley, Bob Simonds, Sophie Watts, Henry Crumpton, Julia Franz and Rodney Faraon.

END_OF_DOCUMENT_TOKEN_TO_BE_REPLACED 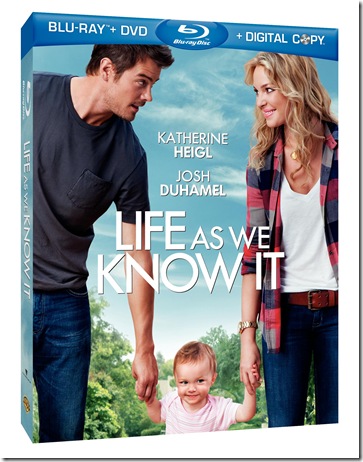 Two single adults become caregivers to an orphaned baby girl when their mutual best friends die in an accident.

Ever since I first saw her in ‘My Father, the Hero’ opposite Gerard Depardieu and Dalton James, I have always liked Katherine Heigl.  She has that funny, friendly ‘girl next door’ charm that, to me, gives her an edge over the likes of Jennifer Anniston in romantic comedy movies . I just find Heigl more endearing.  Which is one of the reasons why I was looking forwarded to watching the DVD release of ‘Life As We Know It’  since I didn’t get a chance to it in the theaters.

‘Life As We Know It’, which also stars Josh Duhamel, is the story of Holly and Messer, two totally opposite people who came away disliking each other after one disastrous first date and must now put aside their dislike for each other to take care of their orphaned baby god-daughter, Sophie.

Molly (Katherine Heigl) is your typical childless, single young woman with a busy, structured lifestyle.  Messer(Josh Duhamel), is a stereotypical playboy bachelor. Of course, as is the way of these kinds of romantic comedies, their world is turned upside down when they find out they have both been appointed as one of the guardians for little Sophie after the the death of her parents.

END_OF_DOCUMENT_TOKEN_TO_BE_REPLACED 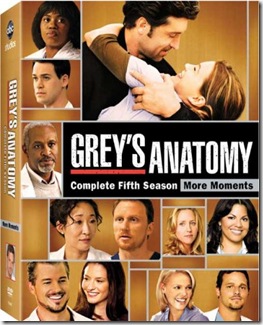 The usually consistently very good Grey’s Anatomy suffered a major dip in quality in season five because of two poorly thought character arcs – one that went on far too long, and one that was truncated for no really good reason – and a conspicuous by his absence arc for another character.

END_OF_DOCUMENT_TOKEN_TO_BE_REPLACED

The battle of the sexes heats up in Columbia Pictures comedy The Ugly Truth. Abby Richter (Katherine Heigl) is a romantically challenged morning show producer whose search for Mr. Perfect has left her hopelessly single. She’s in for a rude awakening when her bosses team her with Mike Chadway (Gerard Butler), a hardcore TV personality who promises to spill the ugly truth on what makes men and women tick. 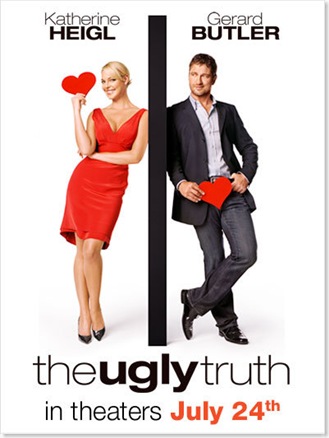 This past Tuesday, July 21st, I got to see an advanced screening of this romantic comedy. I will be right up front and honest with you, dear EM readers, I am not the kinda girl who regularly goes to chick flicks. They just aren’t my kind of movie. I like car chases, explosions and monsters in my movies. But guess what, I liked The Ugly Truth! Read on to find out why!

END_OF_DOCUMENT_TOKEN_TO_BE_REPLACED 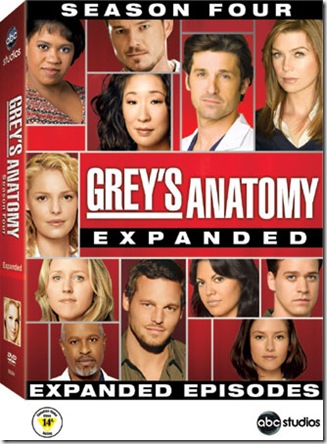