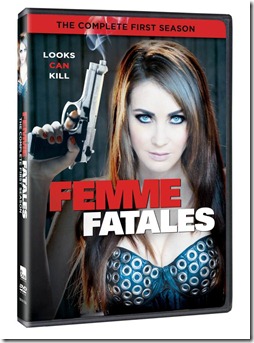 Before Cinemax had hits with the action series Strike Back, or the high concept crime series Banshee, it took its first really solid steps into the world of original programming with Femme Fatales – a series that combined sex, violence and twists in a way that deliberately called to mind the noir B-movies of the fifties. To date, the series has run for two seasons, with the first season now available on DVD – and it’s actually pretty good.