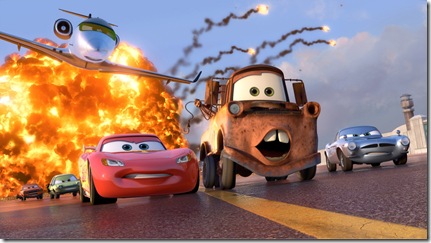 The sequel for which I had the highest hopes let me down. Cars 2 is first time Pixar has failed to knock it out of the park. Instead of bringing back all the characters [caracters?] we know and love from the original, the citizens of Radiator Springs are relegated to less than cameos as John Lasseter’s sequel tries to turn Mater into James Bond.