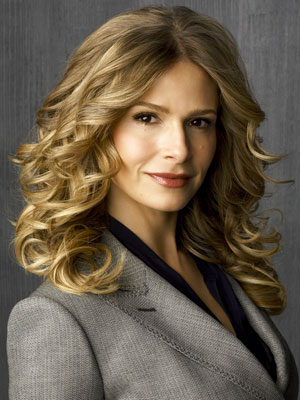 Given that The Closer isn’t quite the typical procedural, it only makes sense that its double-length Christmas episode, Next of Kin [tonight, TNT, &C] would be a bit off-centre – in a good way.

When an armoured truck robbery gets out hand and its guards are murdered, Deputy Chief Brenda Johnson [Kyra Sedgwick] and her team decide it has to be an inside job – a decision that look especially good when the truck’s driver, Wesley Reed [Bill Heck], who was grazed by a bullet, fails to show up for medical test after the EMTs leave him at the hospital. A quick jaunt to his apartment puts the team in contact with his sixteen year-old brother, Grady [Stirling Knight] – and the revelation that he’s split for Atlanta.

Well, Brenda decides that, rather than suffer through Gary [“Gary never lies”] the realtor who’s engaged in selling her house, she and fiancé Fritz [John Tenney] will head after Wesley on the pretence of visiting her parents, Clay [Barry Corbin] and Willa Mae [Frances Sternhagen]. The elder Johnsons beg off on a long-planned RV trip to a family reunion to stay home and visit with their daughter and are more than a little disappointed that’s she’s really there after a fugitive.

Stuff happens and the RV winds up getting used to transport the fugitive back to L.A. – after he thwarts Lt. Provezna [G.W. Dailey] and Detective Flynn’s [Anthony John Denison] efforts at extradition by shouting “I have a bomb” as they prepare to board their plane. Needless to say, the RV trip isn’t quite the one that Clay and Willa Mae had planned! 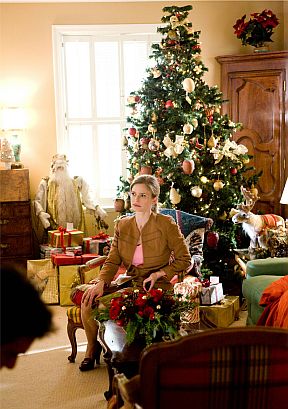 While elements of The Closer’s formula are present here [the questioning; the confession], Next of Kin is probably the most purely character driven episode of the series to date. Even with its emphasis on character – and the actual crime and crime solving as the b-arc – Next of Kin is one of the show’s smartest, funniest and most poignant episodes.

Corbin and Sternhagen almost steal the show from its core cast and both Heck and Stirling keep up easily. The humor, which could easily have leaned toward southern cornpone, is, instead, more universal and far more effective. There are moments of unexpected pain and poignancy, as when Brenda explains to her mother why she and her team are making such a fuss about a generally decent-seeming southern boy in Wesley. There are a few other moments that match that scene’s power as the episode comes to a conclusion, too.

As we’ve seen in past eps, the whole concept of inter-departmental co-operation gets a bit of comment as well – when Assistant Chief Pope [J.K. Simmons] takes the case of a series of armoured truck robberies away from a team that has had no success in eleven months and gives it to Brenda’s team. This is a part of The Closer that we’ve seen before – anger and refusal to help followed by the realization that Brenda’s team is good, and the decision is made to help. Even more so than usual, however, this works in Next of Kin.

If you’re already a fan of The Closer, you will love this episode. If you don’t make a habit of watching the show, this is a pretty good place for you to jump on board. There are references to past eps, but for the most part it isn’t hard to follow the goings-on here. And it’s easy to see why Kyra Sedgwick has won some major awards for her work in this series.

One thought on “It’s The Uniquely Special Christmas Episode of The Closer!”