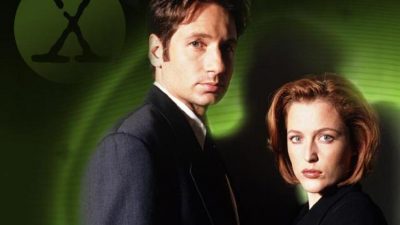 BBC American have a treat for fans of The X-Files.

To celebrate the show’s 25th Anniversary, BBC America will air a five-day marathon of X-Files episodes.

The X-Files marathon will begin on Monday, September 10 at 6/5c a.m. and conclude on Friday, September 14. Check out the clever announcement teaser below.

In celebration of the 25th anniversary of The X-Files, BBC AMERICA is airing a 5-day marathon beginning Monday, September 10 at 6/5c a.m. and concluding on Friday, September 14.

The marathon will include episodes from seasons one through nine, as well as both feature films: The X-Files: I Want to Believe and The X-Files: Fight the Future.

Join the conversation on Twitter using the hashtag #XFiles25