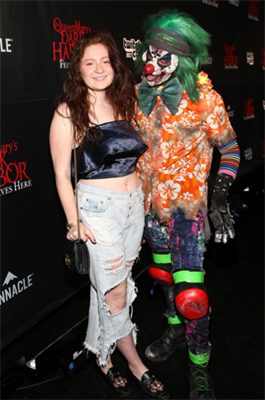 unveiling a spectacle of new, terrifying attractions with more monsters and scares than ever before. Thousands of brave thrill seekers joined the cast of spirits and phantoms for a completely sold out opening weekend. The blood curdling terror of Dark Harbor will continue with themed entertainment and thrilling special events on select nights through November 1. 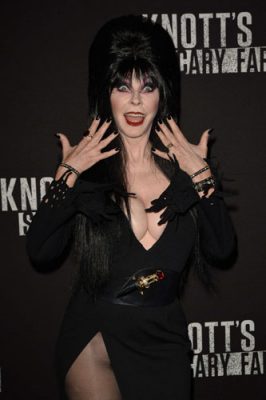 Knott’s Scary Farm kicked off Thursday night at Knott’s Berry Farm for its 45th year of Halloween haunts, scares, and clowns. This year there are 9 mazes to go through.

One of the new mazes this year is “Dark Ride”, an abandoned carnival attraction. There were fire-breathing dragons and possessed furniture, tons of blood and guts.

Also new this year “The Pumpkin Eater”, taking visitors into the lair of a seven-foot creature that likes to have its visitors for dinner. The maze takes you through the inside of a giant pumpkin, seeds and all, as well as through all sorts of other creepy obstacles, including a cave of creepy insects, a labyrinth of thorns, and a cornfield.

Next the Re-Vamped “Trick or Treat”: One of Knott’s most popular mazes has gotten a very scary new twist this year. This maze is now in the dark! You’ll be given a flashlight to make your way through this well decorated house. But beware, your flashlight is defective. Along the way, your flashlight will turn itself off and on, blink, change colors, and vibrate. This was a highly entertaining attraction. There’s a lot of psychological terror that comes with walking through a maze filled with monsters in the dark! Cool and fun, my favorite!

END_OF_DOCUMENT_TOKEN_TO_BE_REPLACED 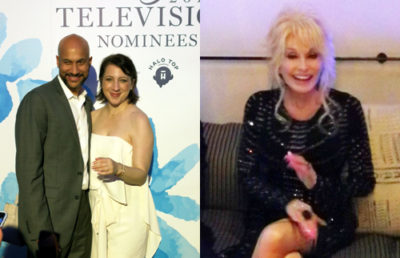 The weekend kicked off with the annual Variety and Women in Film’s nominee party on Friday night held at Gracias Madre in West Hollywood. The event was presented by Halo Top Creamery.

Emmy nominees included Viola Davis, Samira Wiley, Claire Foy, Alexander Skarsgard and Cicely Tyson. Many attendees also stopped to pose with the Mercedes Benz on display before moving on to enjoy mini bean burgers, fig appetizers and the Halo Top Creamery ice cream bar that awaited them inside. Some celebrities like Kathryn Hahn and Abbi Jacobson choose to spend the bulk of the evening on the patio, sipping Svedka cocktails with the Variety logo stenciled on top and chatting under festive blue lights with a soundtrack from DJ Daisy O’Dell in the background.

But nominee Dolly Parton stole the show forming a half circle of people around her to say hello and snap a photo with her.

O’Dell’s playlist included ’90s hits and modern day chart toppers, and as the night went on tunes like Mariah Carey’s “Honey” and Luis Fonsi’s “Despacito” even got attendees singing and dancing in front of the ice cream bar. 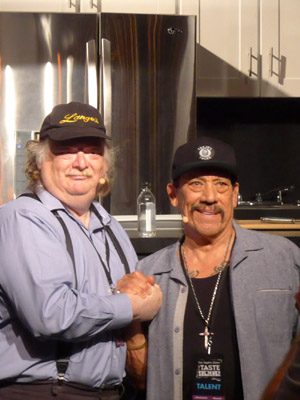 This past weekend I had the pleasure to attend the Los Angeles Times “The Taste” which took place over Labor Day Weekend at the famous Paramount Studios Backlot. The weekend was filled with cooking demonstrations, LA restaurants presenting a variety of foods, wineries, special cocktails and  a very special appearances by Actor Danny Trejo of Trejo’s Tacos, Trejo’s Cantina, Trejo’s Coffee & Donuts being interviewed by L.A. Times restaurant critic Jonathan Gold.

Danny Trejo  has appeared in numerous Hollywood films, often as villains and antiheroes. His films include Heat, Con Air, and Desperado, the latter with frequent collaborator Robert Rodriguez. Trejo is perhaps most recognized as the character Machete, originally developed by Rodriguez for the Spy Kids series of movies and later expanded into Trejo’s own series of films aimed at a more adult audience. He has appeared in TV shows such as Breaking Bad, The X-Files, and Sons of Anarchy. He also appeared in the spoof movie Delta Farce as the killer Carlos Santana who in the movie keeps getting mistaken for the musician.

This was definitely a surprise treat.

Held at the Saban Theatre in Beverly Hills on Tuesday, August 22nd, Stan Lee was honored by a roster of celebrity guests and industry giants during an intimate, nostalgic look back at his storied career during Extraordinary: Stan Lee. The liv 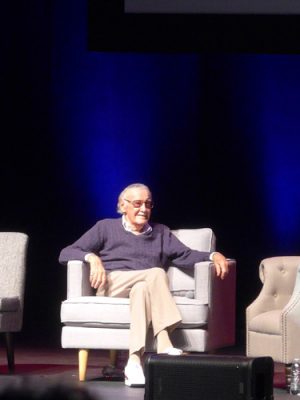 e show was broadcasted in more than 180 movie theaters in the U.S. and Canada. 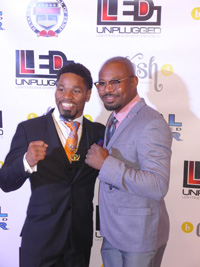