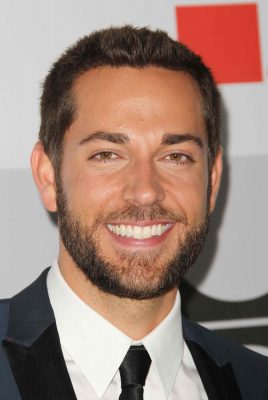 Airing live on SYFY from Thursday, July 20 to Saturday, July 22 at 11/10c, the three-night broadcast will once again bring the largest genre-focused celebration in the world to fans across the U.S.

NEW YORK, NY – May 13, 2017 – SYFY today announces that Comic-Con fan favorite Zachary Levi (“Chuck,” “Thor: The Dark World,” “Tangled”) will host the network’s second annual SYFY PRESENTS LIVE FROM COMIC-CON, produced by Wilshire Studios. Airing live on SYFY from Thursday, July 20 to Saturday, July 22 at 11/10c, the three-night broadcast will once again bring the largest genre-focused celebration in the world to fans across the U.S. In addition to his hosting duties, Levi and David Coleman will serve as executive producers through Levi’s Middle Man Productions banner.

“We are excited to be back in business with Zac as we prepare for this year’s LIVE FROM COMIC-CON,” said Heather Olander, Senior Vice President, Alternative Development and Production, USA/Syfy. “Not only is he an immensely talented multi-hyphenate, but he’s a true fan himself and a Con favorite. With Zac as our host, we are guaranteed to bring a fan first perspective to our coverage, providing an all access inside look at breaking news, celebrity interviews, and the on the ground interactions that make San Diego Comic-Con the premiere genre event!”

“I am beyond thrilled to be collaborating with SYFY during such a powerful year for their network.” said Levi, “As always, we are hard at work trying to bring the fans the most entertaining experience and content possible. My hope is that this year in San Diego will be one of the most memorable ever.”

Previously, for SYFY Levi hosted and produced GEEKS WHO DRINK, a game show based on the pub trivia contest of the same name.

Levi portrayed the beloved character Chuck for five seasons on NBC’s “Chuck” and recently made his return to the network for “Heroes Reborn.” On the big screen, he appeared in “Thor 2” in the role of Fandral. In addition to his on-screen accomplishments, Levi has also seen success on Broadway, earning a Tony Award® nomination for his role in the revival of “She Loves Me.” Later this fall, Levi can be seen in the upcoming drama “Alias Grace” and is currently reprising his role as the delightful Flynn Rider, reteaming with Mandy Moore’s Rapunzel for the “Tangled” television series.

LIVE FROM COMIC-CON is produced by Wilshire Studios, the studio behind E!’s LIVE FROM THE RED CARPET, and the newly acquired PEOPLE’S CHOICE AWARDS.