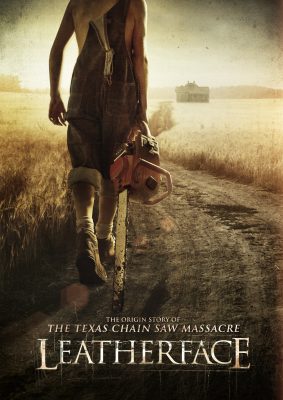 I suppose it was inevitable – The origin story of the Texas Chainsaw Massacre is here – Leatherface!

Leatherface opens in select theaters and on VOD beginning on October 20th.

A violent teen and three others kidnap a young nurse while escaping from a Texas mental institution. Pursued by a vengeful sheriff, the disturbed young man embarks on a murderous rampage that shapes him into a legendary killer known as Leatherface.