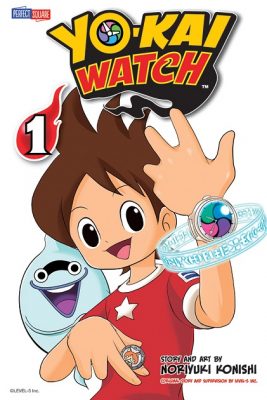 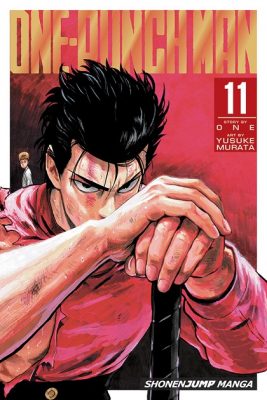 VIZ Media opens its new year with the digital debuts of Yo-Kai Watch, the Tokyo Ghoul: Void novel and the Dragon Ball Full Color Freeza Arc – along with of One-Punch Man Vol. 11 and Platinum End Vol. 2.

Fans can dive into the digital debut of the supernatural phenomenon, YO-KAI WATCH (Vols. 1-6) and the not-to-be-missed series finale of the vivid DRAGON BALL FULL COLOR FREEZA ARC (Vol. 5). Other notable digital first releases include ONE-PUNCH MAN (Vol. 11) and PLATINUM END (Vol. 2), which will debut in advance of their print counterparts. Horror fans and followers of TOKYO GHOUL can look forward to the release of TOKYO GHOUL: VOID, the latest in a new line of novels inspired by the smash hit manga series created by Sui Ishida.

After years of training and adventure, Goku has become Earth’s ultimate warrior. And his son, Gohan, shows even greater promise. But the stakes are increasing as even deadlier enemies threaten the planet. Now experience this legendary manga classic in full color!

Nate Adams was your regular, everyday kid, until he received the Yo-kai Watch, which allows him to see Yo-kai that are normally invisible to the naked eye!

Catch the latest edition of the action-packed supernatural drama by the creators of DEATH NOTE in a special digital first release.

After the unprecedented raid on the Ghoul detention center by The Aogiri Tree organization, the Commission of Counter Ghoul is working to tighten security across the twenty-three wards. However, some Ghouls begin to cause unrest in the 8th Ward, continuing the cycle of retaliation between human and ghoul. And what of Kaneki after he left the 20th Ward? This second novel depicts the aftermath six months after the 11th Ward occupation.

Free chapters are available now of the following series: