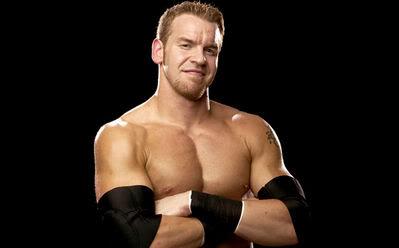 Adam Copeland/Edge® will be reuniting with his lifelong friend and fellow WWE® superstar, Christian® for three episodes of Syfy’s Haven.

When Dwight (Copeland) finds himself in a romantic quandary, he turns to his oldest friend, McHugh (Christian) for advice – and as McHugh advises him the one arena, the two consider joining forces to defend the Troubled town of Have.

Life imitates art with Reso portraying McHugh, one of Dwight’s (Copeland) oldest and closest friends.  McHugh is smart, with ice water for blood, hammers for fists and a dogged sense of loyalty. McHugh and Dwight served as Army Rangers together, as well as members of The Guard. But McHugh left this life for a simpler one, determined to remain out of the line of fire. Dwight knows he could use the help of his fierce friend, but respects McHugh’s desire to live under the radar.

When Dwight finds himself in a romantic conundrum in the episode “Chemistry,” McHugh is the first one Dwight turns to. McHugh counsels Dwight through the challenge, while also considering joining forces with his old friend to once again defend the town of Haven, Maine.

Universal Networks International, the international channels division of NBCUniversal, is one of the world’s premier entertainment portfolios, delivering quality content and compelling brands to over 176 territories across Europe, the Middle East, Africa, Latin America and Asia Pacific.  The brands in the portfolio include Universal Channel, Syfy, 13th Street, Studio Universal, E! Entertainment Television, The Style Network, DIVA Universal, Telemundo and Golf Channel. These unique brands deliver a full range of entertainment experiences to local audiences across the globe.

Syfy is a media destination for imagination-based entertainment. With year round acclaimed original series, events, blockbuster movies, classic science fiction and fantasy programming, a dynamic Web site (www.Syfy.com), and a portfolio of adjacent business (Syfy Ventures), Syfy is a passport to limitless possibilities. Originally launched in 1992 as SCI FI Channel, and currently in more than 96 million homes, Syfy is a network of NBCUniversal, one of the world’s leading media and entertainment companies.  NBCUniversal is owned by Comcast Corporation. (Syfy. Imagine greater.)