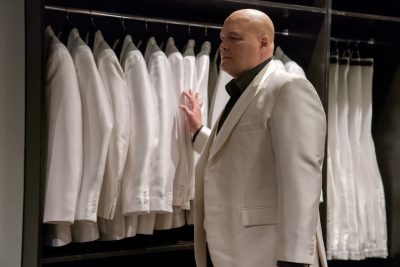 Wilson Fisk is back, and has his sights set on destroying Daredevil once and for all. Charlie Cox, Vincent D’Onofrio, and Erik Oleson (Marvel’s Daredevil Season 3 Showrunner) give an inside look at this iconic villain’s return.