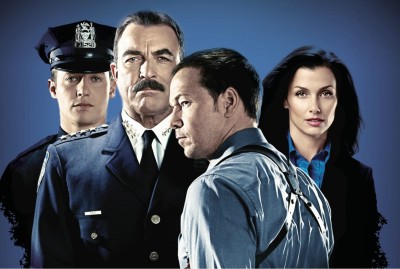 WGN is amping up the red, white and blue for the July 4th weekend – bringing you a marathon of back-to-back episodes of Blue Bloods, In the Heat of the Night, and the classic film Men of Honor. When the marathon concludes, WGN America will b

LOS ANGELES, June 30, 2015 – Get into the patriotic spirit with WGN America’s “Red, White and ‘Blue Bloods’ Weekend,” starting Saturday, July 4 at 9:00 am ET.  The two-day marathon event features back-to-back episodes of “Blue Bloods,” “In the Heat of the Night,” and closes with the classic film “Men of Honor,” starring Robert De Niro and Cuba Gooding, Jr.  In addition to the Fourth of July programming, WGN America is kicking off a weekly re-airing of Season 1 of the acclaimed series “Manhattan” on Sunday, July 5 at 10:30 pm ET.

Catch up on the popular, procedural police series this holiday weekend with 14 back-to-back episodes on WGN America.

Feature: Men of Honor stars Robert De Niro and Cuba Gooding, Jr. in the true story of Carl Brashear, a U.S. Navy officer who overcame racial prejudice to become a master diver and then overcame the loss of his leg to become a master diver a second time, a feat which had never been done with a prosthetic limb. Brashear lost his leg as a result of a Navy mission to recover a missing atomic bomb in which he saved the life of Navy crew. For this, he became a national hero.

You won’t want to miss this nine episode marathon of “In the Heat of the Night,” including the final two episodes of the series.

Catch every episode from Season 1 of WGN America’s acclaimed series “Manhattan,” airing Sunday nights through September 27.  “Manhattan” is a one-hour drama that is set against the backdrop of the greatest race against time in the history of science:  the mission to build the world’s first atomic bomb.  The series follows the brilliant but flawed scientists and their families in Los Alamos as they attempt to coexist in a world where secrets and lies infiltrate every aspect of their lives.

Fueled by mystery and suspense, “Manhattan” is set in the 1940s in a town whose very existence is classified. Frank Winter and his team have been recruited to work on a project even they could know nothing about until their arrival.  Once inside “The Hill,” a middle-class bubble on a dusty foothill in the New Mexico desert, they begin to sense that this is no ordinary assignment.  In fact, they are living in a town with the world’s highest concentration of geniuses, yet it can’t be found on any map—a place where men and women are torn between duty and their moral values, husbands and wives conceal the truth from each other and their families, the military keeps secrets from the scientists they chaperone, and the scientists keep secrets from each other.  “Manhattan” depicts the wonder, danger and deceit that shadowed the first “nuclear” families.