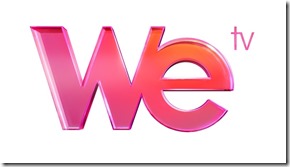 WeTV has entered the scripted series arena with The Divide, written by Richard LaGravenese and executive produced by him and Tony Goldwyn. The series, about a case worker for The Innocence Initiative who delves into the case of a death row inmate she believes may be innocent, will have get a 10-episode first season premiering in 2014.

The network has three more scripted series – All American Woman, Dirty and Headhunters – in development. Details follow the jump.

NEW YORK, NY – July 23, 2013 – WE tv today announced an expansion into scripted programming by greenlighting its first original scripted series, The Divide, written by the award-winning and Academy® Award and Emmy® Award nominated Richard LaGravenese (Behind the Candelabra, The Fisher King, Water for Elephants, The Ref, The Bridges of Madison County) and co-created by LaGravenese and Tony Goldwyn (Conviction, Justified, Damages, Dexter, A Walk on the Moon). The pair will executive produce along with Emmy® Award winner John Tinker (The Practice, Chicago Hope) who will also serve as executive producer and showrunner on the project. Andrew Sugerman (Shopgirl, Conviction) will co-executive produce. The series will be produced by AMC Studios, which produced the pilot, directed by Goldwyn. Season one will consist of 10, one-hour episodes premiering in 2014. WE tv also announced development deals for three additional scripted dramas.

WE tv President and General Manager, Kim Martin, said, “The Divide is the kind of compelling, high-quality storytelling that we think will set the right tone for our entry into scripted drama, a significant step in our network’s evolution. We could not be more excited about this project and the talent behind it. We are also very pleased to be following our first scripted series order with three projects in development being driven by an incredible array of award-winning creators.”

Ed Carroll, Chief Operating Officer of AMC Networks, said, “Originally developed and piloted at AMC, The Divide gives WE tv the opportunity to enter the scripted space with a truly engaging series. It will join other series such as The Walking Dead (AMC), Low Winter Sun (AMC), Mad Men (AMC) and Rectify (Sundance Channel) that AMC Networks has developed or produced in our commitment to telling distinctive stories and bringing viewers quality, cinematic entertainment.”

LaGravenese said, “It’s really exciting to be a part of creating a new series with the WE tv and AMC gang at a time when – for me as a writer – the television frontier is expanding at such an incredible rate, with all these new venues and new possibilities for storytelling. We also have a kick-ass cast who will give us endless opportunities for kick-ass characters to write.” Goldwyn said, “In The Divide we set out to explore the ethical grey zone entered by people driven by a sense of higher purpose and convinced of their own moral infallibility.”

At its core, The Divide is an exploration of personal morality and how all people – especially ambitious people – struggle with the shades of grey found in the absence of a simple, ordered moral universe. The show probes how truth coexists in the modern justice system alongside ambition, ethics, politics and race. As an impassioned case worker with The Innocence Initiative, Christine Rosa delves into the case of a death-row inmate she believes was wrongly convicted of a young family’s heinous murder 11 years earlier. She chases down new evidence in a search for the truth and confronts an equally passionate district attorney, Adam Page, whose view of justice is colored by shades of grey. Throughout the journey, Christine and Adam’s pasts resurface as they are faced with the question of one man’s guilt or innocence intertwined with their own personal histories.

Marin Ireland will co-star with Damon Gupton. Ireland hails from the legit stage with many critically-acclaimed television performances (Homeland, The Killing, Law & Order, Mildred Pierce). There to counteract her every move is Gupton as Adam Page (Prime Suspect, Deadline). The cast also includes Joe Anderson (Across the Universe, The Grey, The River), Aunjanue Ellis (Ray, The Help, The Mentalist), Clarke Peters (The Wire, Treme, Person of Interest) and Paul Schneider (Lars and the Real Girl, Water for Elephants, Parks and Recreation).

Additional scripted projects in development for WE tv:

From writers Nancy Fichman and Jennifer Hoppe (Damages, Nurse Jackie) and executive producer Emmy® Award winner RJ Cutler (Nashville, September Issue), Dirty pairs Lucy – a successful financier who has fallen on hard times and is forced to live and work with her former housekeeper, Maize, in an unexpected and clever enterprise. The project is from Fox Television Studios.

Executive produced by Emmy® Award winner Tom Fontana (Homicide: Life on the Street, Oz, Copper) and Academy® Award winner Barry Levinson (Rain Man, Wag The Dog, Copper) and written by Susanna Styron (Borgia, Shadrach, 100 Centre Street). As generations of women are being encouraged to ‘lean in’ in new and innovative ways, Headhunters examines their attempts to confront the ambiguity and conflicting choices that surround their lives today.

WE tv (www.wetv.com) is the women’s network that showcases and celebrates modern women who are bold, independent and taking control of their lives. Whether they are celebrities like Joan Rivers or Toni Braxton, or everyday women, their stories are as relatable as they are entertaining. WE tv’s popular slate of fresh and modern unscripted original series includes the hit shows Braxton Family Values, Joan & Melissa: Joan Knows Best? and Mary Mary, among others. The network will debut its first scripted series in 2014. Audiences connect to WE tv online, on demand and via social media. WE tv is owned and operated by AMC Networks Inc. and is available in over 83 million homes on every major cable, satellite and telco provider.