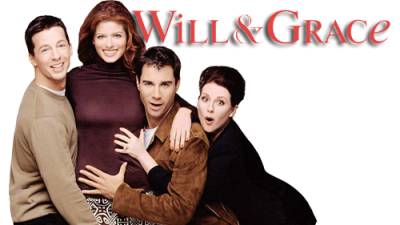 WE tv will celebrate the return of Will & Grace with five Best Of marathon every Saturday from August 19th to September 16th.

The first four marathons will will Best Ofs for Will, Grace, Karen and Jack; the fifth marathon will feature the show’s best guest stars (including, in part, Glenn Close, Michael Douglas, Neil Patrick Harris and Demi Moore).

In anticipation of the return of the Emmy-Award winning, “Will & Grace” this fall, WE tv, which has the entire library with all eight-seasons, will honor the iconic series with a five-week programming stunt celebrating the four main characters and the best guest performances. Beginning Saturday, August 19 through September 16, WE tv will air back-to-back episodes from 10:00am ET/PT until 5:00pm ET/PT.  Please see below for the themes and full list of titles set to air:

Saturday, August, 19: BEST OF WILL