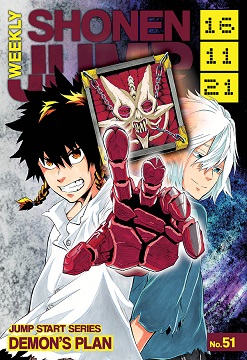 “WEEKLY SHONEN JUMP is the world’s most widely read manga publication for both emerging as well as established hit series and it has helped launch scores of the genre’s greatest series in the world,” says Andy Nakatani, Editor-in-Chief of WEEKLY SHONEN JUMP. “Google Play is one of the web’s most popular destinations for a wide variety of digital entertainment and we invite readers to explore all of the exciting fresh manga content contained in each week’s new issue.”

WEEKLY SHONEN JUMP is published digitally each week by VIZ Media and features the latest chapters of some of the world’s most popular manga series released to English readers across North America as well as the U.K., Ireland, South Africa, Australia, New Zealand, India, the Philippines and Singapore on the same day as the magazine’s general print release in Japan. International issues debut each Monday at 10:00am (PST) and monthly subscriptions are available across all territories.