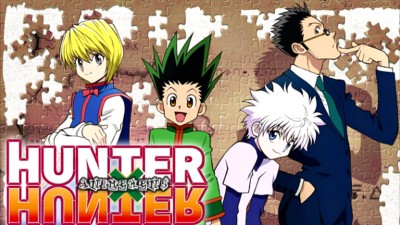 Sailor Stars and Hunter X Hunter are premiering on VIZ Media’ anime streaming platform in December. Season finales for K: Return of Kings, and One Punch Man are also up this month – along with the newly dubbed Sailor Moon Crystal.

Season 25 of Bleach and Season 5 of the classic gender-bending Ranma ½ (now  available in an English dubbed version) also amp up the adventure for December. Follow the jump for all the details.

This month audiences are invited to catch the exciting streaming premiere of the supernatural action adventure, HUNTER X HUNTER. Season 1, Episodes 1-13 are available to stream in their entirety now and feature new subtitles that are true to VIZ Media’s original translations of the manga series by Yoshihiro Togashi. In HUNTER X HUNTER, Gon is a young boy who dreams of following in his father’s footsteps to become a Hunter. But first he must pass the notoriously difficult and dangerous Hunter Qualification Exam. Throughout his journey, Gon overcomes many obstacles, while making new friends along the way!

The saga of seven kings and their clansmen reaches a powerful conclusion with the final episodes (Episodes 10-13) of Season 2 of the psychological anime action drama, K: RETURN OF KINGS.

SAILOR MOON CRYSTAL has captivated anime fans and the series continues this month with the English dubbed premiere of Episodes 4-7 of the Dark Kingdom Arc with one new episode added every Friday. New dubbed episodes from the classic SAILOR MOON anime series will continue to debut every Monday throughout December. The classic anime also continues with SAILOR MOON SUPER S (Season 4) Episodes 164-166 set to premiere ahead of the start of the streaming premiere of the never before seen in North America SAILOR MOON SAILOR STARS (Season 5) on Monday, December 14th with Episode 167.

The December 2015 digital anime update is further highlighted by additions to several other top-rated VIZ Media series including: