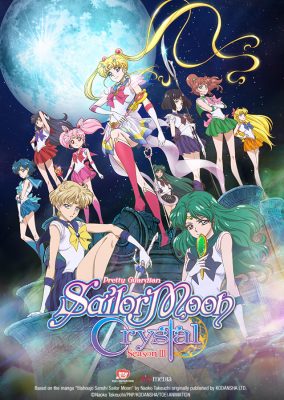 VIZ Media has announced its plans for Otakon 2017 – one of the East Coast’s most renowned anime conventions – which runs from August 11-13.

The company will host the VIZ Media panel on Friday, August 11th – with announcements, looks at new titles, and  prizes. The Sailor Moon panel, on Saturday, August 12th, will provide updates on the iconic series and feature special guests – and the English voice cast will host an autograph session later that afternoon.

VIZ will also have special merchandise available – like copies of the Jojo’s Bizarre Adventure Season 1 Limited Edition Blu-ray set with a special JOJO’S print bandana as a gift with purchase.

San Francisco, CA, August 9, 2017 – VIZ Media, LLC (VIZ Media), a premier company in the fields of publishing, animation distribution, and global entertainment licensing, caps off the summer convention season as it announces a wide range of events, activities and an array of exciting retail exclusives available for purchase at Otakon 2017.

Otakon is one of the East Coast’s most renowned anime conventions and moves to the new location of the nation’s capital, Washington DC. The convention takes place August 11th – 13th at the Walter E. Washington Convention Center. VIZ Media will be located in Booth #1436. Complete details on Otakon 2017 are available at: www.otakon.com.

Join us for exciting announcements, exclusive first looks at new titles, and prizes!

Join the SAILOR MOON team for all the can’t-miss news and updates on the legendary anime series, as well as some special guest appearances!

Fun activities taking place at the VIZ Media booth will include:

Also catch Otakon 2017 convention screenings of a wide range of acclaimed VIZ Media anime titles throughout the convention. Please check the Otakon Program Guide for a complete listing of titles to be screened.