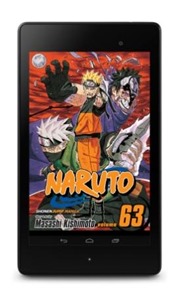 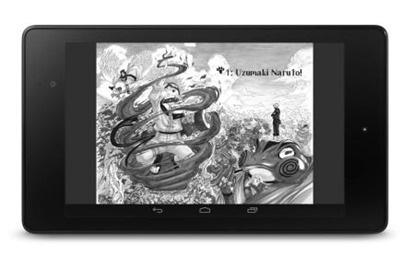 VIZ Media continues to grow its potential online audience. The company announced today that its more than 1700 volumes of manga, across 170 titles have now been made available on Google Play. For more details, including links to view VIZ Media title on Google Play, follow the jump.

The VIZ Media manga library offers seamless interoperability and accessibility for all Android-supported and web-enabled devices. Google Play is a cloud-based, online entertainment destination that offers users a wide selection of music, movies, books and apps on the web and for most Android-enabled phones and tablets. More information on Google Play is available at: http://play.google.com/about.

VIZ Media manga titles are accessible through the Google Play app and store. New series and volumes are added every Tuesday, and readers can explore various series with free previews of every title. All manga volumes are generally available for purchase and download in the U.S. starting at only $6.99 per volume.

“Google Play is one of the most-visited and fastest-growing online entertainment destinations, and we look forward to the platform’s large mainstream audience discovering and enjoying one of the most substantial digital manga catalogs available anywhere,” says Gagan Singh, Executive Vice President and Chief Technology Officer, VIZ Media.

Google is a global technology leader focused on improving the ways people connect with information. Google’s innovations in web search and advertising have made its website a top Internet property and its brand one of the most recognized in the world. Google is a trademark of Google Inc. All other company and product names may be trademarks of the respective companies with which they are associated. For more information, please visit http://www.google.com/about.