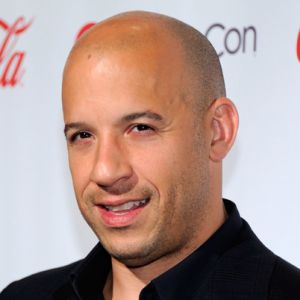 Vin Diesel and his One Race Television production company have signed a multi-year first-look production deal with Universal Television.

Diesel has produced the four highest-grossing films in the Fast and Furious series and is looking to move into television as well.

One of the first projects going to market will be a series to complement Diesel and writer/director David Twohy’s Riddick franchise. For more, follow the jump.

One of the first offerings going to market will be a television series complement to Diesel and writer/director David Twohy’s highly successful sci-fi franchise, “Riddick.”

“In addition to being a huge star for our feature division, Vin is a true creative force as a producer. After sitting down with him and his team at One Race Television, it’s clear he will now also be an incredible asset to both the network and our television studio” said Jennifer Salke, President, NBC Entertainment. “We feel really fortunate to be in business with, not only an international powerhouse, but a truly thoughtful and passionate producer.”

“I have dreamt about expanding the One Race brand into television and now we’ve found the perfect creative partners in Bob, Jen and the team at Universal Television,” Diesel said. “Shana is an incredible addition to this team.”

Diesel has hired industry veteran Shana C. Waterman as Head of Television. Waterman will oversee development and production under this multi-year, first-look deal.

“I’m incredibly excited to join the exceptionally smart, innovative team Vin’s built at One Race,” Waterman said. “Both he and fellow producer Samantha Vincent, alongside their partners at Universal, have grown a formidable global brand ready-made for this diverse and highly creative time in the world of television.”

Prior to taking the helm at One Race Television, Waterman served as Senior Vice President, Event Series at Fox Broadcasting Co. where she produced long-form series including “24: Live Another Day,” sci-fi thriller, “Wayward Pines” and commissioned the upcoming specials, “Grease Live” and “The Rocky Horror Picture Show.”  Before taking that role, Waterman was Senior Vice President of Current Programming where she oversaw several prime-time, scripted series including “Fringe,” “Glee,” “Family Guy,” “American Dad,” “The Cleveland Show,” “Raising Hope,” “The Mindy Project” and “House.”  Waterman also conceived of and produced the company’s inaugural, “Seizing Opportunities Forum,” which spurs dialogue among creative partners about the shifting demographics of television audiences around the globe. For her efforts, Waterman was named a NAMIC 2014 Next Generation Leader.

Universal Television is one of the largest and most successful television production companies in the United States. The studio currently produces nearly 20 primetime series as well as late-night and reality programs for a variety of network, cable, and digital platforms. Acclaimed series produced by Universal Television include “Master of None,” “Brooklyn Nine-Nine,” “The Mindy Project,” “Unbreakable Kimmy Schmidt,” “Law & Order: SVU,” “Chicago Fire” and “Bates Motel,” among numerous others, and all of NBC’s successful late-night programs. Universal Television is a division of NBCUniversal, which develops, produces and markets the best entertainment, news and information to a global audience.