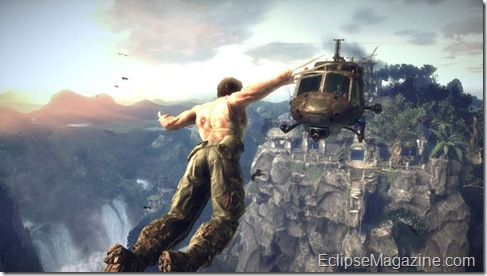 Ok, I know this game has been out for a few months now, but give me a break game companies generally send me games about a month after they come out, then I have to get around to playing them, so it takes a bit for me to get a review out. I’ll try and do better in the future, but it is what it is. Let’s start by saying X-Men Origins: Wolverine is one of the best movie based video games to come out in quite awhile, if not ever. This seems to be the year when game companies have finally seemed to grasp how to make a decent licensed based game. Usually Game Developers don’t seem to get the properties they are trying to translate into a game or are so rushed and under the gun that the finished product is usually a half-baked, ill conceived, buggy mess. That’s not the case here, Publisher Activision and Developer Raven Software get Wolverine. He’s not that difficult to understand: he’s angry, has claws, can’t be killed and slices up everything in his path. In short he has all the elements to make a perfect game.

The game follows the plot of the movie fairly closely as we walk through Wolverine’s early experiences as a part of Colonel Stryker’s taskforce through his betrayal by Victor, escaping the Weapon X program, etc. The story is told through cut scenes that are pretty well integrated into the game and most of them are fairly short and to the point.

For the most part the level designs are really good – at least in the beginning. It’s a straight ahead hack and slashes game and no one does the slashing better than Wolverine. As you go through the game you unlock various fighting techniques, one of the early ones that I like to call the Lunge and Plunge let’s you lock onto an opponent and then lunge at them from afar delivering devastating and very satisfying kills. You can perform quick kills by grabbing an opponent and then slicing their heads off. Did I mention this is a bloody game?

Objects in the environment can be used to impale your victims against tree branches, forklifts, you name it. There’s no shortage of inventive ways to kill your enemies but for me, the Lunge and Plunge is all I need. You can push on the d-pad to activate your Feral Senses, this acts as a compass to let you know which direction you need to go in – which, most of the time is pointless since the game is basically on "rails," you don’t have a lot of different options in what path you can follow so it’s almost impossible to get lost. The Feral Senses also let you know what objects in the room are breakable, scalable, movable, etc. I didn’t realize how much I’d come to rely on the Feral Senses and healing factor until both where taken away for an entire level. 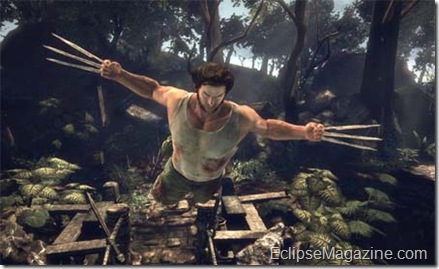 The level design in this game just felt strange. In the beginning everything was straight forward, fun, easy, but at some point in the game design process the developers decided to try and throw in some platforming elements that were just an exercise in frustration. The controls go a bit wonky when you try and use the jump button. There’s this weird jungle level where I was stuck in some room for literally 8 or 9 hours just trying to make a jump across three high statues. I got so frustrated I threw the controller at the wall a couple of times. I HATE when fun games all of sudden become difficult due to poor game design. I wish developers would start instituting some sort of easy "skip level" option in games so players have the option of giving up and moving to the next level. Games are supposed to be fun, not give me migraines. Once I got past this room, there was another area where you had to climb a tower, again really frustrating. I kept asking myself, what happened to my lunging and plunging, where did the enemies go? It’s as if the developers lost complete interest in what made Wolverine who he was for awhile. Or just felt this need to artificially add "variety" to the game play when it wasn’t needed, probably to try to please game critics and not the folks who just want a simple hack and slash.

The Save system felt like it was an afterthought. In the first level I found a secret Save area, so naturally I thought, this is going to be one of those games where you have to hunt and peck to find Save points. For the next two levels I was desperately trying to find a Save point and got irritated at the thought that I couldn’t turn the game off without losing all of my progress. Turns out the hidden Save point in the beginning was, apparently, a fluke. It automatically saves your spot at various checkpoints, but again this was inconsistent. Just when I thought the game would start at my last checkpoint I’d find myself at the beginning of the level. It was also very hard to tell when a full level was completed because all the cut scenes were really well integrated and just flowed from one area to the next.

There are some character building options with each kill you earn experience points which increases your ability to upgrade your claws, spin attacks, etc. And you can find mutagens which add to your special abilities. Frankly, I didn’t see where any of these upgrades improved much of anything. Not only that but there didn’t really seem to be a natural progression or pace to how often these would occur. I went through a large chunk of the game without encountering a single mutagen, then in one level there were like 4 of them. Earning enough points to exchange for a skill upgrade took forever. Eventually, I just stopped caring about trying to “improve” my character. There was a nice variety of enemies to kill from invisible solders (you see them with your Feral Senses), to giant size monsters, to machine gunners there was a nice variety, even though they all got dispatched the same way.

An expert gamer can probably finish this game in a single weekend, but I’m not an expert gamer so it took me several weeks to go through it. It’s a testament to how much I liked this game that I stuck with it until the bitter end despite the horrible, headache inducing platforming in the later stages. This game is a blueprint on how to make a decent Movie based game. It is available now on all platforms.