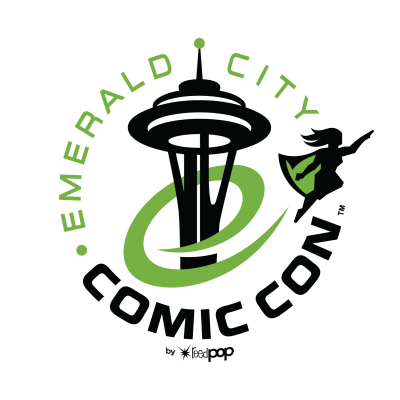 Valiant Entertainment is headed to the Emerald City Comic Con (ECCC) in Seattle – bringing exclusive ECCC merchandise including a limited edition of The Life and Death of Toyo Harada and a Punk Mambo Metallic Ink T-shirt; signings with Valiant creators David Barron, Tim Seeley and Vita Ayala; the Valiant Spring 2019 Preview, a panel and portfolio review.

Valiant Is Off to Emerald City Comic Con with Exciting Talent,
Exclusive Merch, and More!

New York, NY (March 7, 2019) – Valiant Entertainment is excited to announce it will head to the Pacific Northwest to meet and greet current and new fans alike at Emerald City Comic Con (ECCC) in Seattle!

From Thursday, March 14th to Sunday, March 17th, head to Booth #2101 at the Washington State Convention Center in Seattle, WA, where Valiant will be set up to bring congoers an unbeatable selection of trade paperbacks and deluxe hardcovers—including titles like FAITH, X-O MANOWAR, SHADOWMAN, BLOODSHOT SALVATION, NINJA-K, QUANTUM AND WOODY!, and much more, including Volume 1 collections that are specially priced at only $9.99!

Valiant will also have for sale at its booth limited quantities of the Emerald City Comic Con variant of THE LIFE AND DEATH OF TOYO HARADA #1 with a cover illustrated by striking artist Jeffrey Veregge (SHADOWMAN, Transformers). Veregge will be on hand in Artist Alley at booth FF6 to sign your copy after you pick one up at the Valiant booth. The six-issue limited series by Eisner-nominated writer Joshua Dysart (HARBINGER) and acclaimed artist CAFU (RAI) about the most powerful man in the Valiant Universe debuts in comic shops everywhere on March 13th.

At its booth (#2101), fans will have an opportunity to meet Valiant creators David Baron (SECRET WEAPONS, NINJA-K), Tim Seeley (VALIANT: BLOODSHOT 2019 FCBD SPECIAL), and Vita Ayala (LIVEWIRE) to sign books and talk comics, and Valiant editors are scheduled to meet with aspiring artists to review their portfolios!

Valiant staffers will distribute FREE copies of the VALIANT SPRING 2019 PREVIEW, featuring a cover by Dan Brereton, which contains sneak peeks of upcoming titles PUNK MAMBO #1 by Cullen Bunn and Adam Gorham; FALLEN WORLD #1 by Dan Abnett and Adam Pollina; and PSI-LORDS #1 by Fred Van Lente and Renato Guedes, so be sure to pick one up! 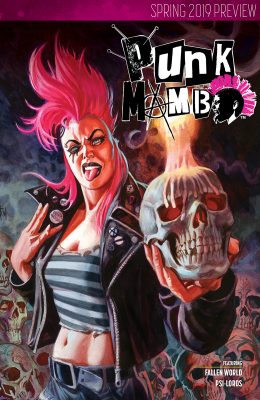 ECCC visitors are invited to the Now Is the Perfect Time to Read Valiant! panel on Thursday, March 14th, 3:00-4:00 pm in Room TCC L3-R4, where writers Vita Ayala (LIVEWIRE) and Tim Seeley (VALIANT: BLOODSHOT 2019 FCBD SPECIAL) will be joined by Valiant staffers Heather Antos, Emily Hecht, and Mel Caylo to talk about several exciting projects, including never-before-seen peeks of upcoming titles and news on recent announcements. With 11 new titles launching in 2019, a “Bloodshot” movie from Sony Pictures starring action superstar Vin Diesel coming in 2020, plus a free gift for every attendee, you won’t want to miss this panel!

As always, Valiant encourages fans and new readers to stop by its booth (#2101), even if it’s just to say hello! Fans who cosplay as a Valiant character or wear any Valiant apparel are especially asked to stop by to be rewarded with a special surprise! (One per person per day, please!)

For tickets and other information about Emerald City Comic Con, visit https://www.emeraldcitycomiccon.com.