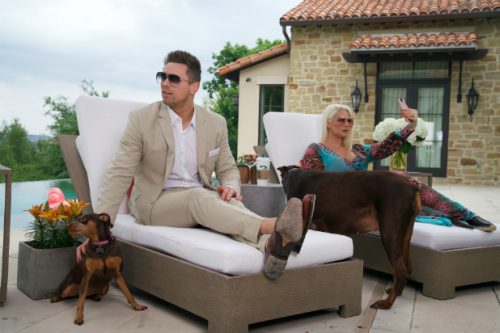 USA Network has announced a second season pickup for the hit unscripted series Miz & Mrs. – an exclusive glimpse into the A-List lifestyle of married WWE Superstars, The Miz and Maryse™.

MIZ & MRS gives an exclusive glimpse into the A-List lifestyle of married WWE Superstars, The Miz and Maryse™. After trading the Hollywood Hills for a quiet life in Austin, Texas, the power couple soon discover there’s nothing “quiet” about a life filled with two dogs, two cats, their adorable baby, Monroe, a crazy live-in mother-in-law and the demands of their high-octane careers. With new mom, Maryse, returning to the ring just months after giving birth and Mike’s career soaring to new heights, The Miz and Maryse continue to prove their outrageous in-ring personalities are no act.