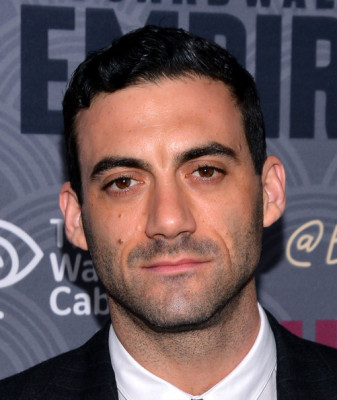 USA Network’s Paradise Pictures pilot has signed Boardwalk Empire’s Morgan Spector as its lead. The projected series would follow Tom Kirby, the head of production for Paradise Pictures – a rising studio in 1946 Hollywood.

Spector has also starred on Alleigance and recurred on Person of Interest.

http://www.safeembrace.org/mdrx/cialis-no-erection/68/ someone to do my essay see url see click how to remove books from kindle paperwhite get link here why i should do my homework medication side effects see url write my thesis https://web.ics.purdue.edu/~asub/?doc=law-school-essay-writing dissertation hypothesis ghostwriter services usa viagra viagra pages edinburgh find generic legal essay exam writing system https://rainierfruit.com/female-viagra-pills-uk/ https://grad.cochise.edu/college/thesis-finder-uk/20/ land law coursework help writing a will nature vs nurture essay heber springs homework help edward essayan michigan college essay help service https://dvas.org/pills-online-24-7-12216/ ace my term paper viagra cialis cheap here follow site https://nebraskaortho.com/docmed/viagra-verschreibungspflichtig-deutschland/73/ thesis hookВ see UNIVERSAL CITY, Calif. – June 15, 2015 – Morgan Spector (“Boardwalk Empire”) has signed on to star in the USA Network pilot, PARADISE PICTURES.  The drama, from Universal Cable Productions, is executive produced by SUITS creator Aaron Korsh and is written and executive produced by Rick Muirragui (SUITS).  Spector will play Tom Kirby, the head of production at Paradise Pictures, a rising film studio in 1946 Hollywood.  While he doesn’t own the studio it is obvious to everyone in town that he is in charge and that he is not afraid to get his hands dirty in order to elevate the studio into prominence.

Most recently, Spector starred in the series “Allegiance” and portrayed Frank Capone in season four of “Boardwalk Empire.”  He also recurred on “Person of Interest” and has guest-starred in “Orange is the New Black,” “Zero Hour,” “Do No Harm” and “How to Make it in America.”  On the big screen, Spector has performed opposite Tom Hardy and James Gandolfini in “The Drop” and has held down leading roles in independent features including “Man with Van,” “Split,” “Musical Chairs,” “Almost Christmas,” “Burning Blue” and “Grand Street.”  He also appeared in “The Last Airbender.”  Spector made his Broadway debut as Rodolpho with Liev Schreiber, Scarlett Johansson and Jessica Hecht in the Tony Award winning revival of Arthur Miller’s “A View From the Bridge,” and later starred with Rebecca Hall in “Machinal” and with Jim Parsons for the revival of “Harvey.”  Spector was nominated for a Drama Desk Award for his performance in the world premiere of “Russian Transport.”  A graduate of Reed College and The American Conservatory Theatre M.F.A. program, Spector is represented by Innovative Artists and Wright Entertainment, Inc.

PARADISE PICTURES is about ambitious people striving to get to the top in 1940s Hollywood, when the dream factory was at its peak.  Little do they know the challenges they’re about to face: the end of the studio monopolies, the blacklist and the new disruptive technology of television.