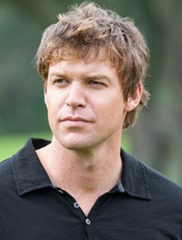 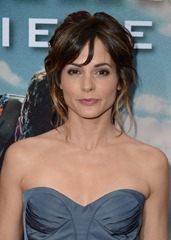 An untitled pilot from Sean Jablonski (Suits), starring Matt Passmore (The Glades) has been given a 10-episode series order by USA Network. Passmore stars as investment banker Neil Truman, who discovers that his wife Grace (Stephanie Szostak, “R.I.P.D.,” “The Devil Wears Prada”) is involved with a male escort.

The series is slated to premiere this summer.

UNIVERSAL CITY, Calif. – March 4, 2014 – USA Network has greenlit the new original Sean Jablonski drama pilot to series with a 10 episode order, including the pilot. The series is from Universal Cable Productions (UCP) and executive producer Sean Jablonski (SUITS, “Nip Tuck,”) and stars Matt Passmore (“The Glades”). It is slated to premiere this summer.

"This is a powerful new addition to our drama slate and marks the next generation of sophisticated storytelling for USA,” said USA Network President Chris McCumber. “Through a culturally resonant story of an imperfect marriage, the series takes a captivating look at real modern day issues facing couples in today’s complicated world.”

With the addition of this new drama, USA is on track to unveil an unprecedented volume of new originals in 2014.  The network previously announced a six episode event series DIG (from UCP and executive producers Tim Kring and Gideon Raff), and this spring will see premieres of two new original comedies (the Fox Television Studios half-hour SIRENS from Denis Leary and Bob Fisher & UCP’s Jessica St. Clair and Lennon Parham’s PLAYING HOUSE) as well as the reality series CHRISLEY KNOWS BEST (from Maverick TV and All3Media).

A provocative drama that explores a marriage that has grown stagnant, the untitled Sean Jablonski pilot follows investment banker Neil Truman (Passmore) through the accidental discovery of his wife’s involvement with a male escort.  When Neil gains possession of the escort’s phone, he uncovers a unique perspective on his life and what motivates women to stray, as his wife Grace (Stephanie Szostak, “R.I.P.D.,” “The Devil Wears Prada”) contemplates whether her needs are being met and if her marriage is worth saving. The series will film in Atlanta, Georgia, and in addition to Jablonski, is executive produced by Russ Krasnoff ("Community") of Krasnoff/Foster Entertainment.

The #1 network in all of basic cable for an unprecedented eight straight years, USA Network is seen in over 102 million U.S. homes.  USA is a leader in scripted programming with a powerful stable of originals, spectacular live television and is home to the best in blockbuster theatrical films, a broad portfolio of acquired series and entertainment events.  A trailblazer in digital innovation and storytelling, USA is defining, driving and setting the industry standard for Social TV.  USA is a program service of NBCUniversal Cable Entertainment, a division of NBCUniversal. The award-winning website is located at http://www.usanetwork.com.  Characters Welcome.