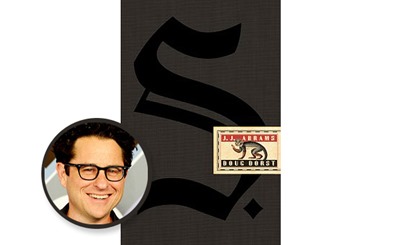 Remember that weird trailer from Bad Robot (J.J. Abrams) that we posted a while back? Well, it was the first half of a trailer for a novel called S. The second half of the trailer was released today (check it out after the jump) and it is every bit as peculiar as the first half.

I’ve included the plot description from amazon.ca – it sounds like a unique experience.

J.J. Abrams and acclaimed novelist Doug Dorst create a reading experience like no other in this dazzling novel of love and mystery.

J.J. Abrams has created, written, produced, and directed groundbreaking television shows such as the Emmy and Golden Globe Award-winning Lost and Alias and blockbuster films such as Star Trek, Cloverfield, Super 8, Mission: Impossible and Armageddon. His work is renowned for its sense of wonder and invention, and for helping reshape what’s possible in film and television today.

In his first-ever idea for a novel, Abrams conceived of and developed a multi-layered literary puzzle of love and adventure. At its core, we have a book of mysterious provenance. In the margins, another tale unfolds: hand-scribbled notes, questions, and confrontations between two readers. Between the pages, online, and in the real world, you’ll find evidence of their interaction, ephemera that brings this tale vividly to life.