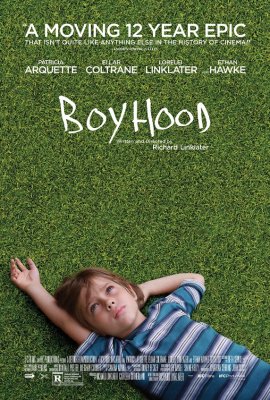 •    Best Film: Richard Linklater’s Boyhood, a cinematic masterpiece that evokes beauty in life and the inevitable passage of time

•    Best Director: Richard Linklater, for the singular achievement that is Boyhood

•    Best Actor: Tom Hardy, for playing a Welsh builder in crisis in Locke

•    Best Actress: Marion Cotillard, for her performance as a Polish woman navigating 1920s America in The Immigrant

•    Best Supporting Actor: J.K. Simmons, for his role as a tyrannical conductor in Whiplash

Runners-up: The Lego Movie; Big Hero 6; How to Train Your Dragon 2

(Under the TFCA’s guidelines, contenders eligible for the awards include films released in Canada in 2014 plus films that qualify for the 2014 Oscars and have Canadian distribution scheduled by the end of February 2015.)