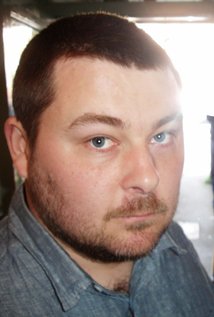 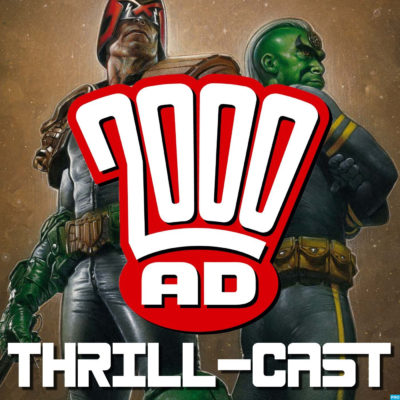 Ben Wheatley has carved out quite a resume in movies (Kill List, High-Rise) and TV (Doctor Who), but still maintains that he owes his success to reading 2000 AD (home of Judge Dredd, ABC Warriors, and more).

Wheatley talks about his career with host Michael Molcher on the current edition of the 2000 AD Thrill-Cast podcast. Follow the jump for more.

He’s one of the most prominent independent directors of his generation, with a string of critically-acclaimed movies under his belt, but Ben Wheatley still pegs his success to reading 2000 AD as a child.

The director of Sightseers, Kill List, A Field in England, and High Rise joins host Michael Molcher on the latest episode of the official 2000 AD podcast to discuss his love of the legendary British weekly and the influence the Galaxy’s Greatest Comic has had on his work.

Wheatley says 2000 AD not only reinvented comics as its talent migrated across the Atlantic, but it has also subsequently reinvented cinema as those creators have stamped their storytelling mark on both the multi-billion dollar superhero franchises and independent films.

In the latest episode of The 2000 AD Thrill-Cast, Wheatley also talks about his films, his style of film-making, his memories and the impact of reading 2000 AD classics, and his current work with one of the all-time legends from its pages.

The 2000 AD Thrill-Cast is the award-winning podcast that takes you behind-the-scenes at the Galaxy’s Greatest Comic! As well as interviewing top creators and famous fans, Michael Molcher brings you announcements, competitions, and much more.

You can subscribe to the Thrill-Cast on iTunes – search ‘2000 AD Thrill-Cast’ – on Podomatic, or you can listen now at www.2000ADonline.com/podcast