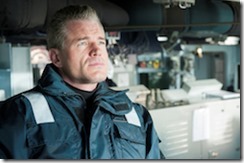 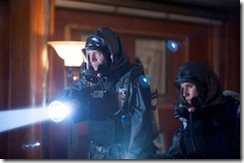 TNT has ordered Michael Bay drama The Last Ship, starring Eric Dane, to series. The crew of the U.S.S. Nathan James survives a global catastrophe and the Navy destroyer’s crew must come to terms with the reality of their new circumstances. The order is for ten episodes to launch in 2014.

TNT has greenlit the action-packed drama series The Last Ship, starring Eric Dane (Grey’s Anatomy) and executive-produced by blockbuster filmmaker Michael Bay (Transformers). Based on William Brinkley’s popular novel, The Last Ship comes to TNT from Bay’s Platinum Dunes and its partners, Brad Fuller and Andrew Form, whose credits include upcoming Teenage Mutant Ninja Turtles. Bay, Fuller and Form serve as executive producers, along with showrunner Hank Steinberg (Without a Trace) and Steven Kane (The Closer). Steinberg and Kane wrote the series pilot, which was directed by Jonathan Mostow (U-571).

TNT has ordered 10 episodes of The Last Ship, with plans to launch the series in 2014. The story opens with a global catastrophe that nearly decimates the world’s population. Because of its positioning, the Navy destroyer U.S.S. Nathan James avoids falling victim to the devastating tragedy. But now the crew and its captain must confront the reality of their new existence in a world where they may be among the few remaining survivors.

Dane stars as Captain Tom Chandler, a career Navy man who is authoritative and decisive, but also fair and courageous. A born leader and a loving father and husband, Chandler is respected and loved by the men and women under his command. The Last Ship also stars Rhona Mitra (Strike Back) as Rachel Scott, a strong-willed, intelligent and fearless paleomicrobiologist assigned to the Nathan James to investigate the cause of billions of deaths worldwide. Adam Baldwin (Firefly, Chuck) is Slattery, the ship’s second-in-command who worries deeply about his family and occasionally clashes with Dane’s Captain Chandler over the best course of action. And Tracy Middendorf (Boardwalk Empire, Mission: Impossible III) plays Darien Chandler, the captain’s wife.

"The Last Ship has all the elements of a big Hollywood blockbuster, from its epic storytelling to its top-notch cast headed by the perfect leading man, Eric Dane," said Michael Wright, president, head of programming for TNT, TBS and Turner Classic Movies (TCM). "Michael Bay and his fellow executive producers have shaped William Brinkley’s story and characters into an exceptional drama full of action, suspense, tragedy and triumph. The Last Ship is smart, fun television that takes you on a great ride."