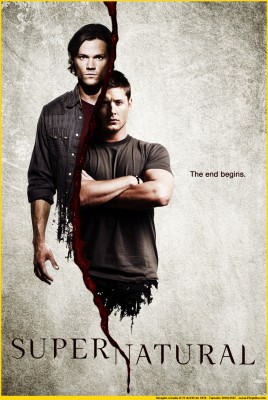 In a week filled with an abundance of new show premieres, TNT, one of cable’s top-rated networks (that definitely knows drama), will offer viewers a chance to sample some of the best episodes of The CW hit series SUPERNATURAL in anticipation of its Season Six premiere on Friday.  In a marathon scheduled to run 20 hours, new viewers unfamiliar with the series will have the opportunity to see for themselves why it has earned the rabid support of its fans and has been awarded a sixth season by the network.  And dedicated fans will have the opportunity to bask in an overload of the Winchester brothers as they relive some of the series’ best moments.

With 104 episodes to choose from and the majority easily earning a B grade or higher, it is a daunting task to put together a Top-20 list. SUPERNATURAL has managed expertly to combine elements of horror, thrills, urban legend, mythology, drama and comedy, while presenting one of the best brotherly relationships to ever come along in a TV series, complete with a terrific Classic Rock soundtrack and one awesome ’67 Chevy musclecar. The chosen episodes are sampled from seasons 2 through 5, many of which have garnered nominations for a wide range of awards.  The marathon offers a great balance of some of the best dramatic episodes, with a few of the more light-hearted comedic ones included as well.  The second half of the marathon will focus on key episodes from Season Five, which culminated in the ultimate battle between heaven and hell, and closed out one chapter of the story that was five years in the making.  Season Six will open a new chapter and new direction when SUPERNATURAL premieres on Friday, September 24, 9:00 pm on The CW.  The marathon will run starting midnight as Thursday ends, and all night and day Friday leading up to the Season Six premiere.  A list of these episodes, airing time and short description follows after the jump.

12:00 Midnight – ‘Lucifer Rising’ (Season 4 Finale) – As the Apocalypse approaches, Castiel and Zachariah inform Dean that his moment of glory draws nigh.  Sam, disagreeing, goes with Ruby to take on Lilith.

1 a.m. – ‘Sympathy for the Devil’ (Season 5 Premiere) – Sam, Dean and Bobby must deal with the aftermath of the Devil’s escape from Hell.  They also receive startling news from the Prophet Chuck.

2 a.m. – ‘Mystery Spot’ (Season 3) – Dean is killed after looking into a case about the disappearance of a man with Sam.  The next morning, Sam is shocked to find Dean alive and realizes that he is reliving the day before.

3 a.m. – ‘In My Time of Dying’ (Season 2 Premiere) – In the aftermath of the car crash, the surviving Winchesters go to the hospital, where one is stalked by a Reaper while another must consider sacrificing himself to save the others.

4 a.m. – ‘Jus in Bello’ (Season 3) – FBI Agent Henricksen finally captures Sam and Dean, but he is caught in the middle when a horde of demons descends on the small-town jail to eliminate the brothers.

5 a.m. – ‘Ghostfacers’ (Season 3) – While investigating the haunted Morton Mansion, Sam and Dean run into a couple of familiar faces and become inadvertent participants in a new reality show named Ghostfacers.  As events turn deadly and the team is trapped in the house, the investigation becomes a battle to survive until morning.

6 a.m. – ‘Bloodlust’ (Season 2) – Sam and Dean encounter a vampire hunter whose obsession may get them all killed.

7 a.m. – ‘Sin City’ (Season 3) – The brothers investigate a town where the citizens have turned to drinking and gambling.  Meanwhile, Bobby gets an unexpected ally as he attempts to rebuild the Colt.

8 a.m. – ‘In the Beginning’ (Season 4) – Dean gets transported back in time and ends up in Lawrence, Kan., where he crosses paths with a young version of his parents, who have just fallen in love.

9 a.m. – ‘Nightshifter’ (Season 2) – The Winchesters investigate a series of crimes where robbers with no criminal past commit suicide after the hold-ups.

10 a.m. – ‘The Real Ghostbusters’ (Season 5) – Sam and Dean are tricked into attending a Supernatural convention by their super-fan Becky.  The brothers are in for a shock when many of the fans are dressed up like them.

11 a.m. – ‘Changing Channels’ (Season 5) – Dean and Sam find themselves mystically trapped in a series of real-life TV shows, from which there appears to be no escape.  They believe their old enemy the Trickster is responsible, but discover it could involve someone or something else

12:00 Noon ‘The Song Remains the Same’ (Season 5) – Anna travels back in time to kill Mary and John Winchester before they can conceive Sam and Dean, thus preventing the Apocalypse.  Castiel transports the brothers back to save their own parents, but they must answer awkward questions when their parents begin to wonder what’s going on.

1 p.m. – ‘My Bloody Valentine’ (Season 5) – Lovers begin to kill each other in a small town on Valentine’s Day.  When Sam, Dean and Castiel investigate, they discover that people are not starved for just love.  Famine, one of the Four Horsemen, is fueling their hunger.

2 p.m. – ‘Dead Men Don’t Wear Plaid’ (Season 5) – In Bobby’s hometown, the dead rise from their graves and take up their normal family lives where they left off.  Sam and Dean suspect something sinister is responsible, but Bobby refuses to investigate after his dead wife, Karen, returns.

3 p.m. – ’99 Problems’ (Season 5) – Sam and Dean find a town where the angels have chosen a pastor’s daughter, Leah, as a prophet to teach the townsfolk how to fight demons.  The town is soon swept up in a religious fervor as Leah passes on the angels’ increasingly strict commandments.

4 p.m. – ‘Hammer of the Gods’ (Season 5) – Earth’s pagan gods gather and trap Sam and Dean in a hotel.  While they try to decide what to do, Gabriel arrives and tries to keep the gods from engaging in futile battle.

5 p.m. – ‘The Devil You Know’ (Season 5) – Crowley contacts Sam and Dean and offers to help them find Pestilence so they can get the third ring and trap Lucifer. They capture the demon in charge of coordinating the Horsemen’s activities, but Sam realizes that the demon is an old acquaintance.

6 p.m. – ‘Two Minutes to Midnight’ (Season 5) – After Bobby and the brothers recover Castiel, they search out Pestilence, who is preparing to unleash the Croatoan virus upon the planet.  Meanwhile, Lucifer is using Death to create a storm that will wipe out 3 million people, but Death has a plan of his own.

7 p.m. – ‘Swan Song’ (Season 5 Finale) – The fifth season concludes with the Apocalypse, which forces Sam and Dean to make heart-shattering decisions that will alter their lives forever.