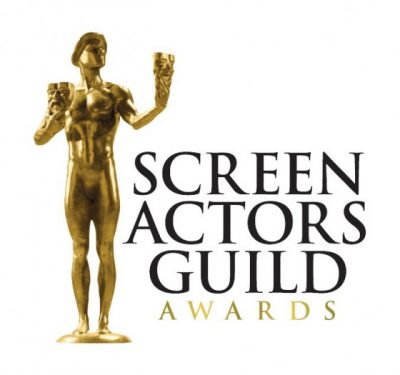 TNT and TBS will be expanding their digital and social media experience for this year’s Screen Actors Guild Awards®.

Underground’s Jurnee Smollett-Bell will be connecting with fans as this year’s Social Media Ambassador and comedian Matt Bellassai will report from the red carpet and backstage.

Full coverage of the 23rd Annual Screen Actors Guild Awards® and pre-shows will be provided by TNT and TBS on Sunday, January 29th. Full details follow the break.

To help spread the word and build excitement for the SAG Awards, Jurnee Smollett-Bell (Underground, True Blood) is set to serve as this year’s SAG Awards Social Media Ambassador. Plus, comedian Matt Bellassai (host of To Be Honest and headliner of the Drunk and Alone stand-up comedy tour) will give fans an inside look at the awards as the official correspondent for Instant, People‘s recently launched video platform (instant.me). The SAG Awards will also entice fans this year with three special camera elements: a Thank-You Cam, 360 Red Carpet Fashion Cam and an Actor POV Cam.

The following is a rundown of the expanded digital and social media elements created in support of the 23rd Annual Screen Actors Guild Awards.

Turner is going big with the SAG Awards® red carpet pre-show, expanding the scope of the TNT version and launching a brand new edition with TBS. Both editions will feature interviews with nominees, presenters, past recipients and other attendees as they walk the red carpet on their way into the prestigious ceremony.

TNT is teaming up with People and EW for People, EW & TNT’s SAG Awards® Red Carpet Live. Kicking off Sunday, Jan. 29, beginning at 5:30 p.m. (ET)/2:30 p.m. (PT), the live stream will be hosted by People Now‘s Jeremy Parsons and Andrea Boehlke from the digital morning show’s New York studios, while People deputy editor JD Heyman and Lola Ogunnaike, host of the People/Entertainment Weekly Network (PEN) series Entertainment Weekly, The Show, will report from Los Angeles, where they will conduct interviews from the red carpet.

Guests in New York with Parsons and Boehlke include People style and beauty director Andrea Lavinthal and InStyle fashion and beauty editor Kahlana Barfield Brown, who will provide commentary on the stars’ fashion choices as well as insights on style and beauty trends throughout the evening. In addition, People staff editor Lanford Beard and EW Movie Editors Kevin Sullivan and Jessica Derschowitz will discuss the TV and film nominees, share fun facts and chat about the stars they are most excited to see on the red carpet. Turner Classic Movies host Ben Mankiewicz will be on hand as the show’s film and television expert. In addition, at 5:40 p.m. (ET)/2:40 p.m. (PT), this year’s honorees for Outstanding Action Performances by Film and Television Stunt Ensembles will be revealed by SAG-AFTRA President Gabrielle Carteris and SAG Awards Committee Chair JoBeth Williams.

TBS is working with first-time partner Refinery29, the leading digital media company focused on women, for Carpet Diem, a brand new live red carpet pre-show which will be hosted by Refinery29 associate producer Emily Curl and features writer Arianna Davis. Carpet Diem will feature opportunities to broadcast and engage with red carpet talent through Facebook Live, inviting the audience to engage in real-time with fun and quirky questions and games, trend commentary, and real-time polling. Additionally, talent will be invited into Refinery29’s state-of-the-art video booth, an immersive experience that allows the stars to pose in front of a dramatically lit, mirrored backdrop and create a piece of sharable art for fans to enjoy.

TBS and Refinery29’s pre-show webcast will stream live on Refinery29’s Facebook page, www.facebook.com/refinery29, at 3:30 p.m. (PT)/6:30 p.m. (PT), as well as on Refinery29’s UK and German Facebook pages, reaching the global platform audience of more than 7 million followers. Additionally, the webcast, interviews, and other red carpet related content will be available on tbs.com, refinery29.com, refinery29.uk and refinery29.de, reaching more than 25 million unique users. This is the latest collaboration to emerge in the wake of Turner’s strategic equity investment in Refinery29, with the goal of fostering a connection with a new generation of women.

Serving as this year’s SAG Awards Social Media Ambassador is Jurnee Smollett-Bell (Underground, True Blood). Through her Twitter, Facebook and Instagram handles, she will give viewers an inside look at the event, including updates on the production, presenters, showroom, set design, seating chart, rehearsals and anything else that happens during the crucial days leading up to the show. She also will be posting from the red carpet on awards night.

Fans can follow Smollett-Bell through the following social media links:

During the 23rd Annual SAG Awards simulcast and red carpet pre-shows, viewers can dive even further into the festivities through three unique camera elements created by STN Digital. Clips from all three cams will be posted throughout the ceremony via the TNT, TBS and SAG Awards Twitter and Facebook handles.

This year will mark the debut of the SAG Awards Thank-You Cam, Located just off-stage, the cam gives each award recipient the opportunity to expand on his/her acceptance speech and thank anyone they might have forgotten in the thrill of the moment on stage.

To capture every stitch and panel in the gorgeous fashions being donned for the red carpet, the SAG Awards’ digital presence will feature a 360 Gimbal Red Carpet Fashion Cam. This specially designed setup allows the camera to circle quickly around stars as they walk down the red carpet, providing the pre-show hosts and online fashion buffs with a 360-degree look at every gown.

This year, the SAG Awards will give viewers the chance to preview the happenings from the point of view of nominees and recipients. The Actor POV will show the first-person excitement that the actors will experience whether they’re walking down the red carpet, accepting an award, or heading backstage into the media complex.

The 23rd Annual Screen Actors Guild Awards® presented by SAG-AFTRA with Screen Actors Guild Awards, LLC will be produced by Avalon Harbor Entertainment, Inc. and will be simulcast live on TNT and TBS on Sunday, Jan. 29, at 8 p.m. (ET) / 5 p.m. (PT). TBS and TNT subscribers can also watch the SAG Awards® live through the networks’ websites and mobile apps. In addition, TNT will present a primetime encore of the ceremony immediately following the live presentation. The telecast is available internationally, including to U.S. military installations through the American Forces Network.

One of the awards season’s premier events, the SAG Awards annually celebrates the outstanding motion pictures and television performances from the previous calendar year. Of the top industry honors presented to actors, only the SAG Awards are selected entirely performers’ peers in SAG-AFTRA, which this year number 121,546. The SAG Awards was the first televised awards show to acknowledge the work of union members and the first to present awards to motion picture casts and television ensembles. For more information about the SAG Awards, SAG-AFTRA, TNT and TBS, visit sagawards.org/about.