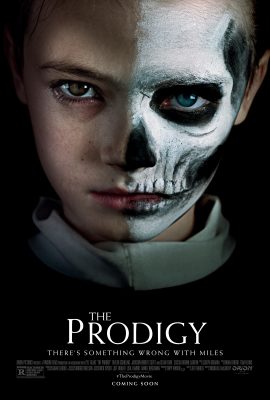 It’s been a long time since a trailer for a horror movie actually gave me enough a scare that it made me want to see a movie.

The trailer for The Prodigy did that.

There’s something wrong with Miles. Watch the first trailer for Orion Pictures THE PRODIGY, coming to theaters February 8, 2019.

Unravel the truth in the new trailer for Orion Pictures’ supernatural horror thriller THE PRODIGY from director Nicholas McCarthy (The Pact, At Devil’s Door). In her much anticipated foray into the horror-thriller genre, Emmy and Golden Globe nominee Taylor Schilling (“Orange Is The New Black”) stars as Sarah, a mother whose young son Miles, Jackson Robert Scott (It, “AMC’s Fear the Walking Dead), exhibits disturbing behavior that signals an evil, possibly supernatural force has overtaken him.